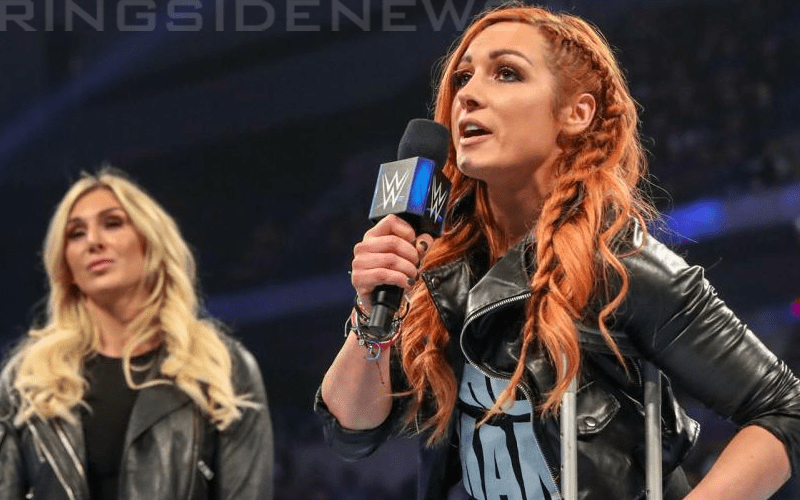 Charlotte Flair is the daughter of Ric Flair and that doesn’t come without a certain amount of attention. It seeme as though she was born to be a pro wrestler as she walked into the WWE Performance Center with a background in volleyball and soon became a top name in NXT.

For the past year or longer, Becky Lynch has noticed Flair get opportunities handed to her time and time again. Some of those opportunities should have gone to The Man and she is tired of it.

been handed an opportunity that you did not earn, while I have to qualify for a match have already qualified for.

We will have to wait and see how WWE Fastlane ends for Becky Lynch. There is a very good chance that she will be defeating Charlotte Flair and making her way to WrestleMania.

The biggest question is how The Man will defeat The Queen because Ronda Rousey is not booked for a match tomorrow night in Cleveland and she has the ability to show up where ever she likes.