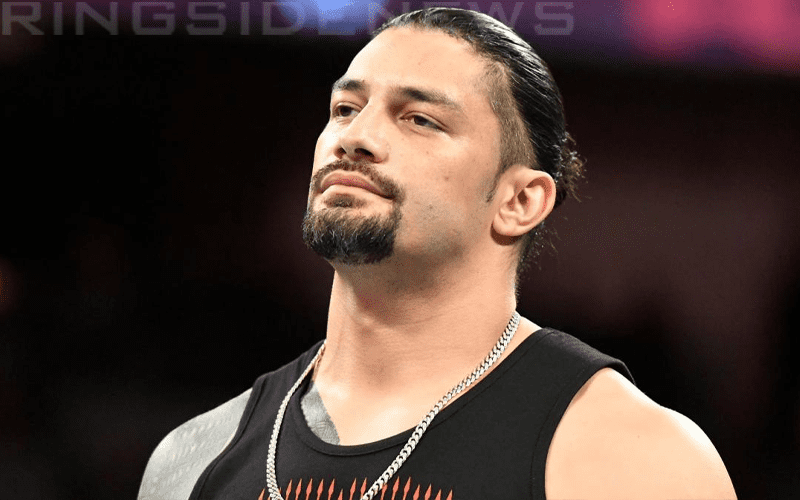 There is no off-season in WWE and that is something the company used to proudly proclaim. Now it looks like it could be more damaging than they ever thought. Because so many Superstars are winding up injured due to getting no time off.

Roman Reigns is actually a fan of WWE having an off-season. It wouldn’t just be a great break to have in the Superstars’ year, but it could also prevent some of those simple injuries due to wear and tear.

Talk Sport recently spoke to Roman Reigns for an interview and noted that he thinks that off-seasons would be a “great idea” because it could also be a way to refresh some of the creative angles as well.

“We do it the way we do it, and I’m never opposed to trying something new. This formula has worked and Sports Entertainment is a ‘what have you done for me lately’ industry. Unfortunately, we don’t have an off-season like most sports or other kinds of forms of entertainment or competition but, you know, I think if we could make it work, it would give a great benefit to our performers and our fans as well. It would definitely give our performers another couple of months if not a full quarter to rest and recover, not only just from a physical standpoint, but creatively.”

“When you go year-round, we’re always trying to evolve, trying to grow as far as our stories and our character goes and when you’re doing it over and over and over it can be tough. I think that’s what makes WWE and its superstars so tough and it’s an accomplishment to get to where we are. Only we can handle this and we’ve proved it, so it’s just a part of the gig. I don’t think it’s something that shouldn’t be looked into, but if the schedule stays the same I’m gonna be the guy that’ll run it.”

You never know if WWE might be able to figure something out when it comes to having an off-season. There are a lot of reasons why they keep the show running all year, but they could allow Superstars to trade-off vacations.

We have heard some good ideas in the past that alternates a Superstar’s schedule so everyone isn’t working at once except for around WrestleMania season. That might not work though considering Vince McMahon’s love of changing things on the fly and using Superstars for all sorts of purposes if he gets a new idea about how to use someone.