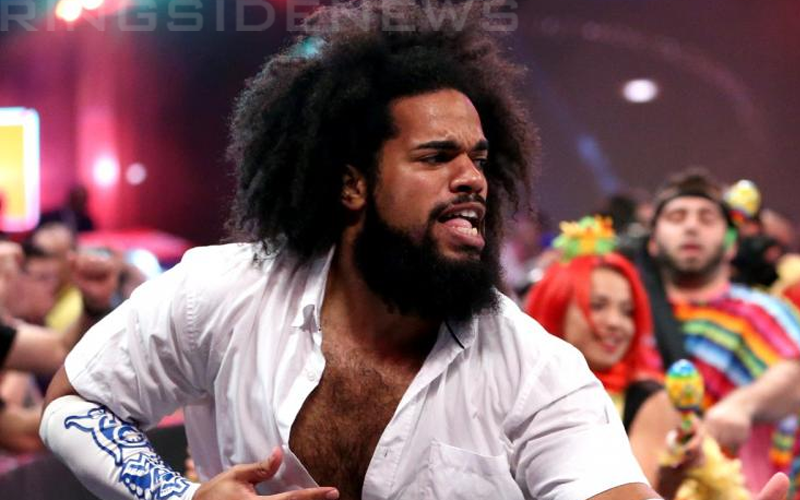 No Way Jose was a great opener in NXT. He could get the crowd pumped and ready for the show, but after spending a fair amount of time in WWE’s developmental brand, he was called up and now he resides on a lower tier role on the card.

Jose’s conga line continues, but they will be following a leader with a different look now. Because the former NXT Superstar decided to get some green added to his hair.

It would be nice to see No Way Jose get some more attention on screen so he can at least get the opportunity to entertain on a bigger stage.

We can only assume that this kind of thing was done after No Way Jose got permission to do so. After all, it is a rather big change to his look. Jose certainly pulls it off though and he will definitely stand out in a crowd now more than ever.