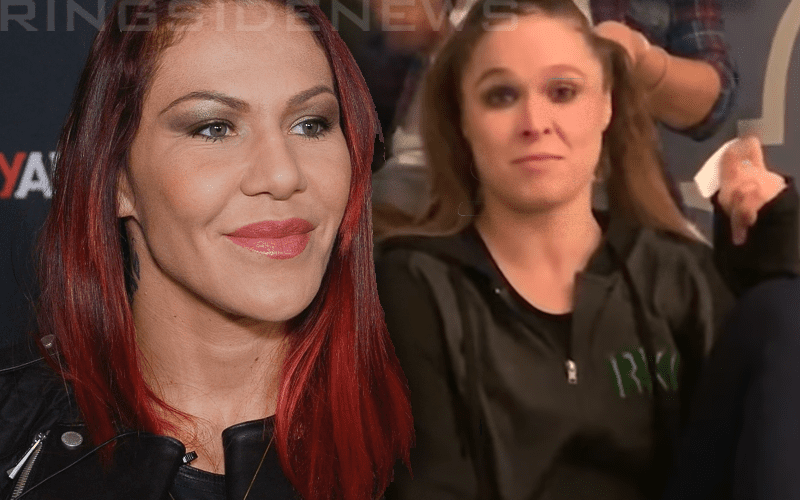 Ronda Rousey went off on her YouTube channel in a post that considering the length of the video rivaled Scarface in regards to how many times she dropped the F-bomb.

During that promo, Ronda Rousey said that WWE is scripted and it isn’t real. Liv Morgan fired back at Rousey and Charlotte Flair had her own spin on things. Rusev might have come up with the best reply out of all of them. However, Cris Cyborg saw this promo and apparently thought Rousey was taking a dig at her.

Anyone else like @RondaRousey is making a @wwe promo for me here?!

Ronda Rousey’s YouTube rant was extremely controversial and has people on both sides of the fence debating the matter. She kind of exposed the business which is something that was severely frowned upon back in the day. She might not even have her job now if she wasn’t Ronda Rousey which was the point she was trying to make.

This promo had nothing to do with Cris Cyborg though, at least on the surface. However, it does sound like something Cyborg would say.