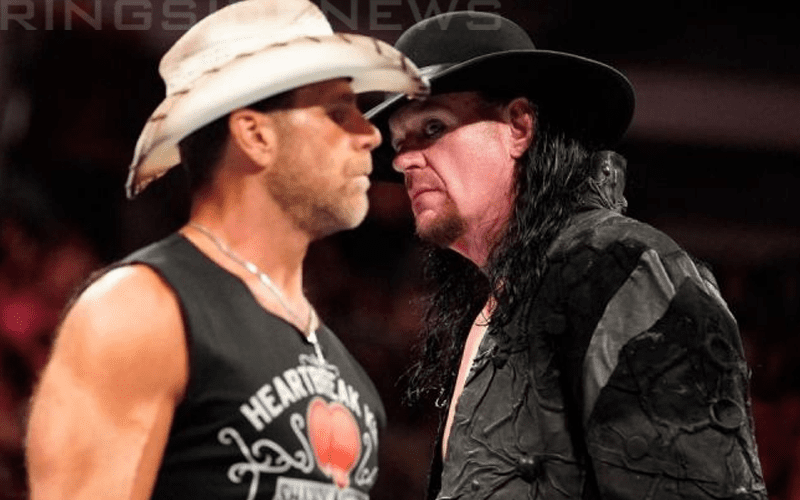 The Undertaker and Shawn Michaels participated in some fierce battles over the years. Their feud was recently reignited at WWE Crown Jewel where D-Generation X got their two-man group back together and took on the Brothers Of Destruction. If you ask Shawn Michaels there isn’t any interest to go again.

While speaking to Sports Illustrated’s WrestleMania Series, HBK discussed the possibility of having another match with The Dead Man. Then he explained why it made sense at the time, but that book is now closed.

“There was one (angle pitched in the past) that was particularly interesting… but it just felt so complete, and it felt like doing anything else didn’t fit. I looked at the arch of the Heartbreak Kid character over the years, and to add anything to that last piece didn’t work for me. It wasn’t anything I was really interested in.”

“There was a match with The Undertaker, and there were a number of different aspects to it that made it seem interesting and logical. But it didn’t have anything finality to it… I felt like that book was closed.”

You never know if Vince McMahon could change things by offering a huge payday. However, Shawn Michaels doesn’t sound interested in having another one-on-one encounter with The Undertaker.