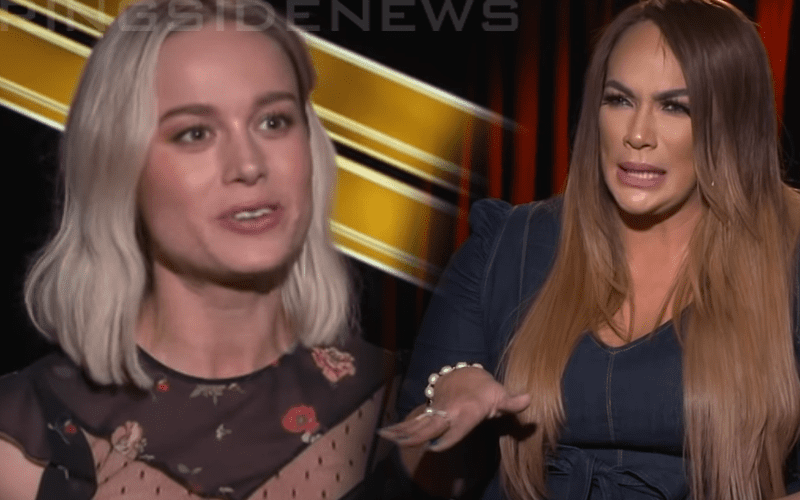 Captain Marvel is in theaters now and Brie Larson is getting a lot of attention. Nia Jax certainly noticed the 29-year-old superhero and recently sat down to chat with her about the film.

Larson told Jax that she had to get in major shape for the Captain Marvel role. There were a lot of pull-ups and push-ups, but that wasn’t all for Captain Marvel. This training turned into two sessions a day and then they brought in a stunt team.

Nia Jax asked Brie Larson if she was coming for her job and Larson said “maybe” before laughing. She can certainly see why people would get into becoming a WWE Superstar because training and fighting is “such a thrill.”

It is a pretty entertaining interview and you can check it out below.