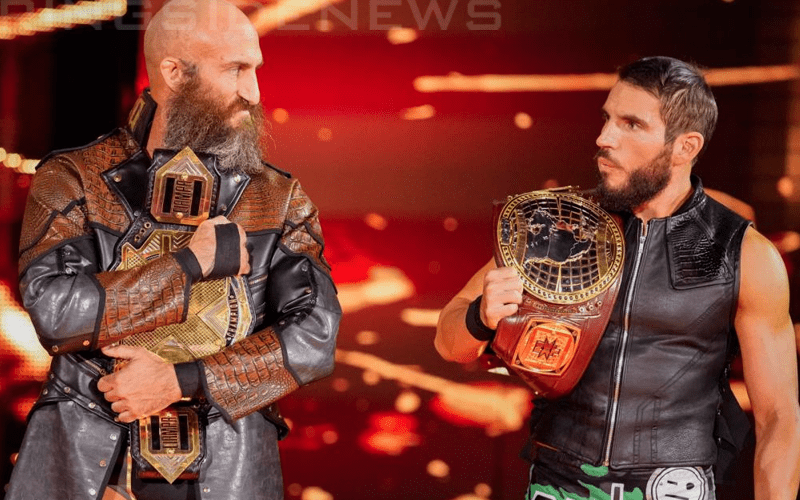 Johnny Gargano and Tommaso Ciampa were involved in some of the best storytelling WWE has put out in a very long time. Their feud resulted in an amazing tag team and then they broke apart to battle several times. When the two were called up to the WWE main roster it didn’t seem to matter where they were at in their NXT angles because Vince McMahon paired the two up as a team.

Dave Meltzer noted on Wrestling Observer Radio that Johnny Gargano’s storyline on the main roster was dropped because of Tommaso Ciampa’s injury. It was said that Gargano might be better suited going back to NXT where he could possibly become the next NXT Champion after Ciampa ultimately has to relinquish his title. We will have to see what NXT’s plan is for NXT TakeOver: New York.

It was also said that Ciampa’s injury recovery time (which is speculated to be around six months) will be too long of a break for any kind of storyline in WWE to pick back up for the newly debuted Superstars as well.

We will have to wait and see what happens next, but a lot of interesting things could be happening in NXT due to Tommaso Ciampa’s unfortunately timed injury.