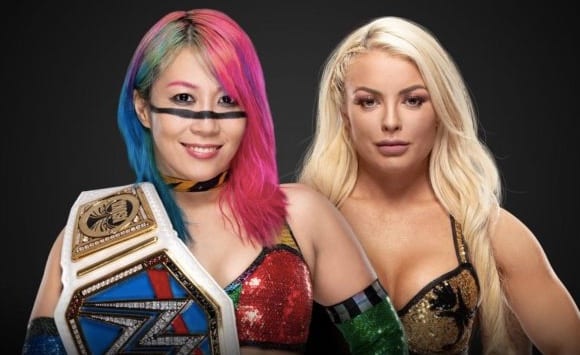 As seen on Sky Bet, the betting odds for Asuka vs Mandy Rose at WWE Fastlane have been released.

The Empress of Tomorrow has been ruling over the SmackDown women’s division over the course of the last few months, although some fans believe that WWE still hasn’t been investing much time in her. Regardless of whether you agree with that sentiment or not, Asuka will indeed be defending her SmackDown Women’s Championship this Sunday against Mandy Rose at Fastlane.

Mandy is considered to be nothing more than a placeholder contender, but even so, the match has a bit of buzz – especially after Rose dropped Asuka on her head at a live event recently.

The betting odds suggest that Asuka will indeed walk into WrestleMania as the champion, as she’s the overwhelming 1/5 favourite. Rose is the 10/3 underdog to pull off the upset and shock the world.

If Asuka does retain the belt, there are question marks surrounding who she will face at Mania. Some people felt like taking on Charlotte in a rematch from last year would make a lot of sense, but she seems to be locked into the match involving Ronda and Lynch.

It feels like whoever they go with as a challenger, Asuka is going to end up on the Kickoff Show. That’s certainly a shame given how hard she’s worked since her loss at WrestleMania last year, but not all too surprising.

Whatever the case may be, all eyes will be on Mandy this weekend to see what kind of performance she puts in.