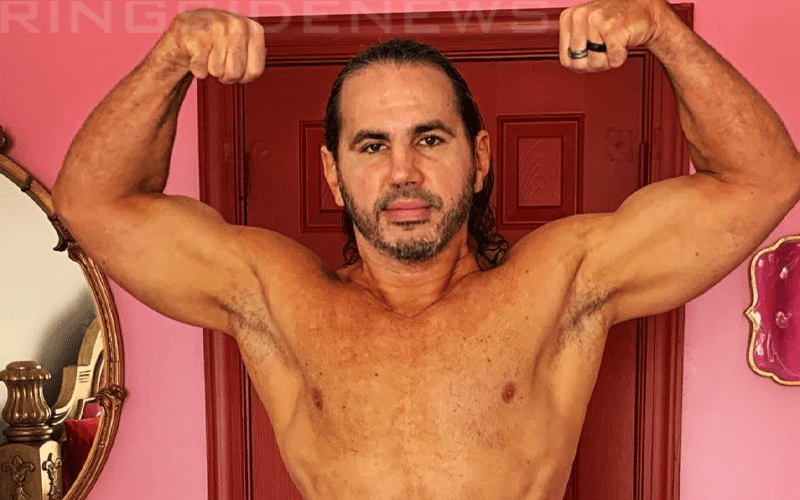 WWE legend Matt Hardy is in the best shape of his life, and it’s clear to see that the WWE Universe are appreciative of the effort he’s put in over the last few months to get to this point.

Hardy recently returned to WWE television alongside his brother Jeff Hardy, and fans couldn’t stop commenting on how great they both looked. Matt had been teasing his future for the better part of six months, with some questioning whether or not we’d ever see him in a WWE ring again as an active competitor.

We now know that he is indeed back and will seemingly be going on one last run for the titles alongside Jeff, as we gear up for WrestleMania 35.

As you can see Matt wasn’t particularly pleased when a fan mistook him as being 50 years old, when in reality, he’s still in his mid-40s. Whilst she could be forgiven for thinking he may be one or two years older than he actually is, 50 certainly seems like a stretch.

Matt is one of many veterans who has revamped his image in the name of extending his career, and it’s hard not to be incredibly appreciative of everything he does in the name of entertaining the fans.

Hopefully The Hardy Boyz are given a featured spot of some kind at MetLife Stadium next month, but beyond that, it truly is anyone’s guess regarding what they’re going to do in the future.

Will they hold the tag titles again? Who knows.