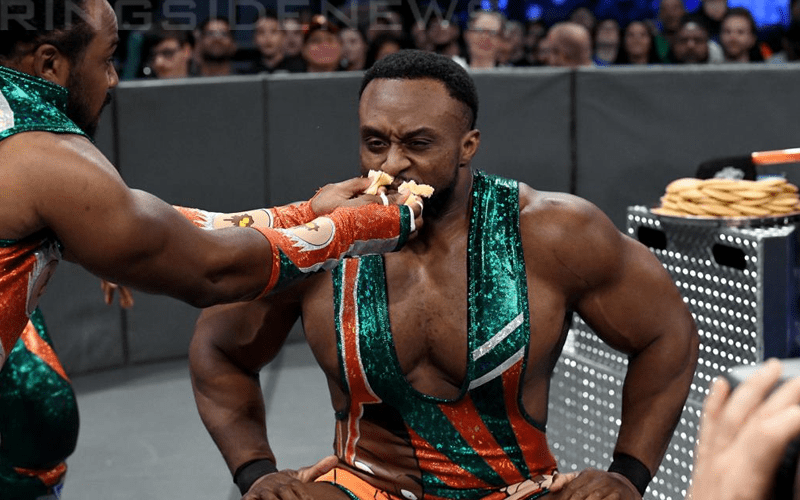 Big E is with the rest of the New Day in India right now as they travel around on a promotional tour. We previously reported that The New Day was watching SmackDown Live closely this week while in the gym, but Big E had another observation to make and it was quite hilarious.

If you ever noticed that WWE Superstars are shown backstage watching on a monitor from the side then you’re not the only one. After all, nobody watches television like this in real life. Big E made a great joke about these segments as he noticed how he was watching SmackDown Live last night.

Even when I’m not at work, I watch tv standing and angled from the side like I was taught to.

This was a great inside joke about WWE. You never know when Big E might be shown watching a monitor backstage while Kofi Kingston battles for the WWE Title, but it might just be during WrestleMania.