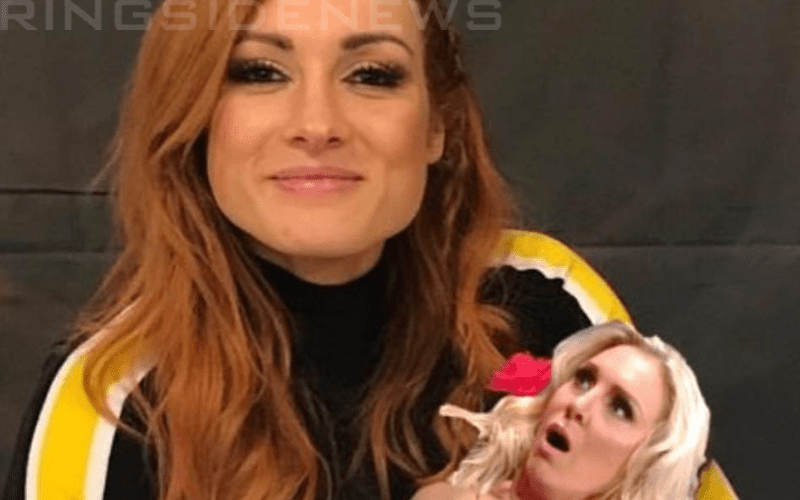 Becky Lynch isn’t afraid of much and that includes Charlotte Flair. The Man is confident about her match at WWE Fastlane as she pointed out on SmackDown Live that she has owned Flair for the past year.

The Man took to social media on the morning after SmackDown Live and posted a picture of herself holding Flair in a Dis Arm Her. She also posted another picture much like the creepy one she put up of Ronda Rousey a few days ago.

While using #ShoeHornCharlotte, she painted a pretty clear picture that Flair was squeezed into the WrestleMania main event.

Jon Fisher reported in December that Flair was promised a WrestleMania main event match — it was Vince McMahon’s vision to see her in that spot. Now The Man will come around and do everything she can to get back in that match and leave as RAW Women’s Champion.