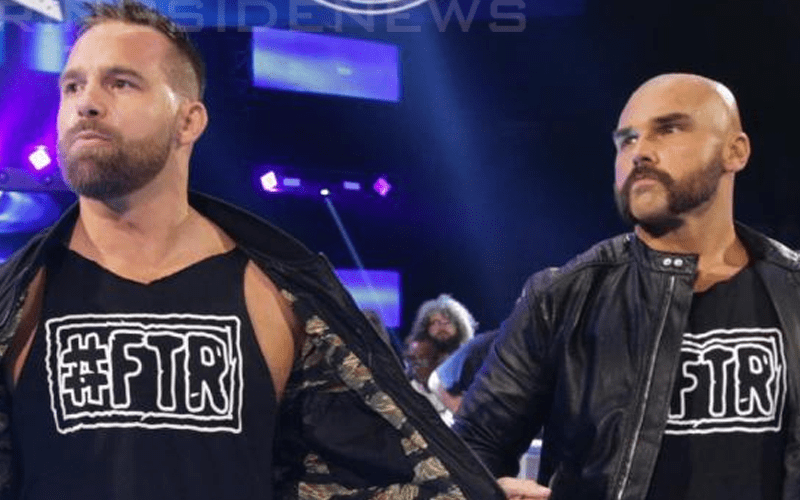 The Revival requested their releases from WWE, but they were denied. The company made a promise to them that they would highlight tag team wrestling and The Top Guys would be made a focal point of that division. So far WWE hasn’t lived up to much.

Scott Dawson and Dash Wilder did win the RAW Tag Team Titles, but it was on a televised match during a go-home episode for a pay-per-view that they didn’t even compete on.

The Revival won this week on RAW, but it was by DQ and that’s a very hollow victory. If you think that Dash and Dawson haven’t noticed this fact then you would be wrong.

For what it is worth, the tweet still pinned to the top of Dash Wilder’s Twitter profile concerns a promise to wrestle the Young Bucks someday.