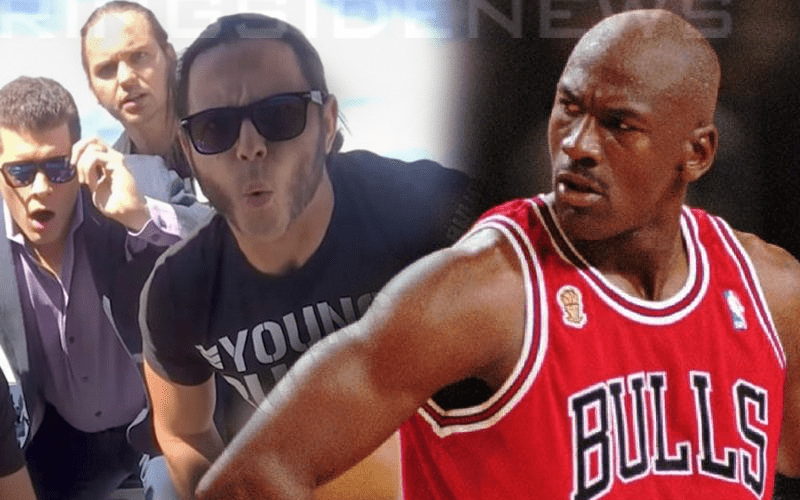 The Elite exited ROH and started their own pro wrestling company. It left a huge void in the Ring Of Honor roster after losing The Young Bucks, Cody Rhodes, and Hangman Page. ROH also lost out on using Kenny Omega in co-branded events with NJPW.

Jeff Cobb recently spoke to Wrestling Epicenter’s Interactive Wrestling Radio where he discussed the hole that The Elite left after departing from ROH. He equated it to any other sporting team losing stars like when Michael Jordan left the Chicago Bulls.

“It is always a blow to any company when an athlete leaves. You can relate that to pretty much any sport. I’m a basketball fan. When Michael Jordan left to go play baseball, the Chicago Bulls were still good. They refilled the talent pool. I feel that is the same Ring of Honor. Ring of Honor didn’t shut down when guys like Generico, Kevin Steen, or Daniel Bryan left.”

“They just found the next crop of guys who were ready to step up and take the reigns of Ring of Honor and take it into the future. Don’t get me wrong, The Young Bucks are huge stars. Cody is big star. SCU, Page, and all that. But, at the same rate, we’re bringing in great talent. Villain Enterprises, Juice Robinson, Bandido. There’s going to to fill and I feel like our new signings are going to step up and take the company into the future.”

ROH is currently re-building their roster and they might need to take a step back in order to do so. It might actually be best for ROH in the end because so much attention was on The Elite that it overshadowed a greater portion of the creative elements that kept so many fans coming back for more after their re.