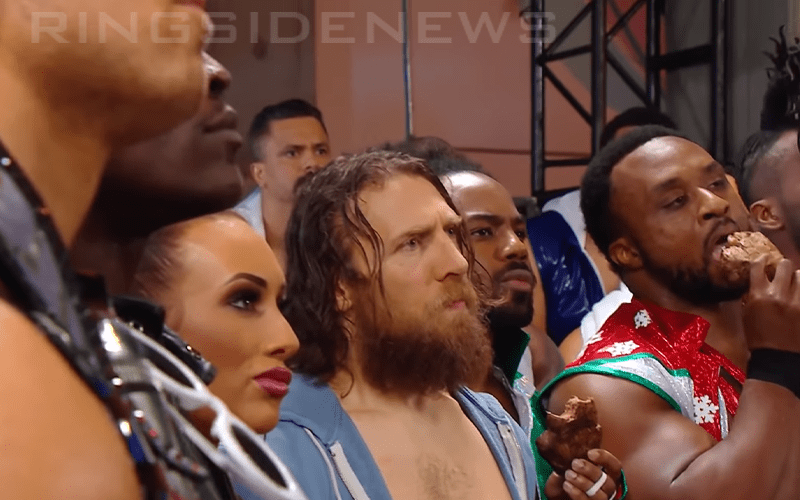 WWE television features many things on a weekly basis that makes people scratch their heads. Sometimes the stories aren’t amazing, but they’re working on it. One thing that isn’t likely to go away is the practice of a Superstar appearing in a backstage segment in full ring gear even if they are not booked for a match that night.

It is a very interesting question that fans have debated for years. Some people explain that they need to be “always ready” or in the case of Tyler Breeze, he just worked a match on event (even though he deserves far better).

Lance Storm asked this question to WWE years ago and received an answer that is likely still the reason for his peculiar practice. Storm said on Figure Four Daily that WWE wants to present their Superstars in the “most recognizable look” for the fans.

ring gear is the image of a Superstar that WWE uses for marketing reasons and to put out on merchandise. So they want to keep a consistent appearance. This is why WWE needs to approve all tattoos first (just ask TJP).

It’s hard to believe that WWE thinks fans would see a Superstar in their street clothes backstage and not know who they are, but that seems to be the reason.