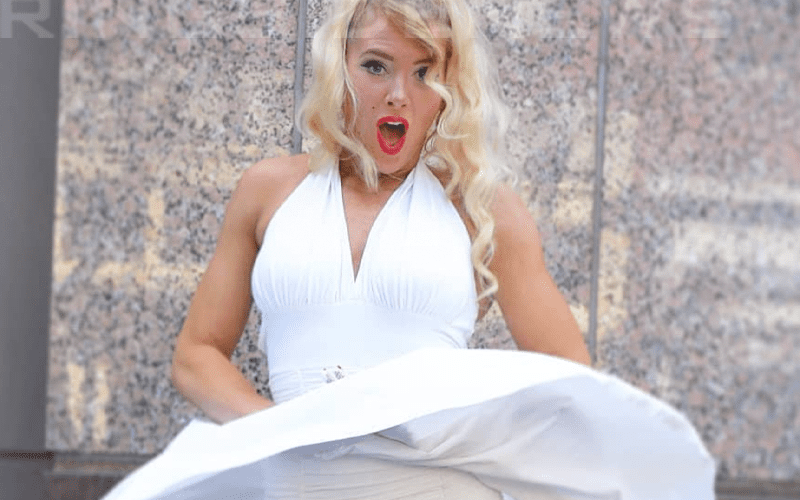 Lacey Evans is a throwback character and a classy lady. She has yet to really get much of a chance to perform in the ring on WWE television, but at least she gets the opportunity to come out and strut her stuff.

Evans recently posted a couple of pictures while posing as another throwback icon of femininity, Marilyn Monroe. Evans pretty much nailed the look she was going for while standing over a grate on the sidewalk.

The @hardrockhcac is about to get a dose of Class yall

Lacey Evans is reportedly set for a big push in WWE. Vince McMahon currently sees her as a possible top star in the women’s division. Not only does she have a great life story, but she is also incredibly athletic and a former US Marine.

These photos were a tribute to the classic film The Seven Year Itch which Marilyn Monroe starred in. Actually, Lacey Evans showed more than Marilyn Monroe did back in the day as you can see from the photo below. Evans is still a Classy Lady.