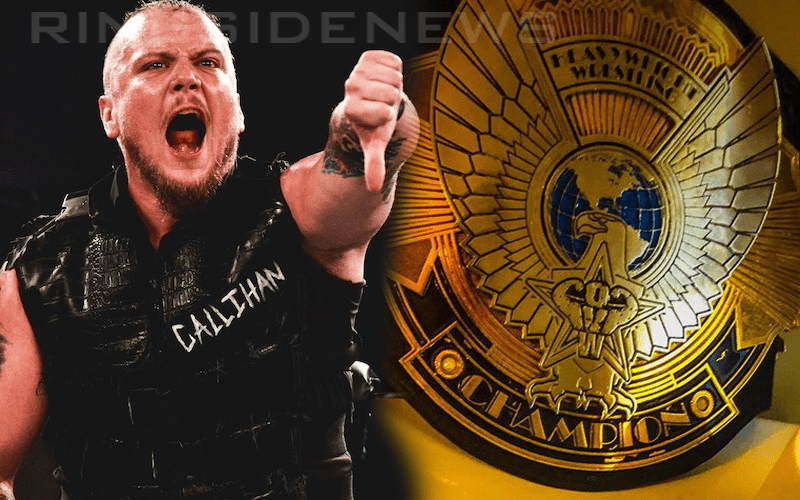 If you know anything about Sami Callihan it is that the way he sees it life is Ohio vs Everyone. Naturally a promotion like Ohio Valley Wrestling would pique is interest.

The current OWV Heavyweight Champion is Tony Gunn, but right now, Sami Callihan has the title and he has some demands if they want it back.

Your championship is exactly where it belongs…On my toilet.

PayPal me 10K if you ever wanna see this piece of crap again.

This is a very entertaining tweet from The Draw. He might just have to hand deliver it as well. Either way, OVW will probably want their title back eventually so something needs to be worked out.