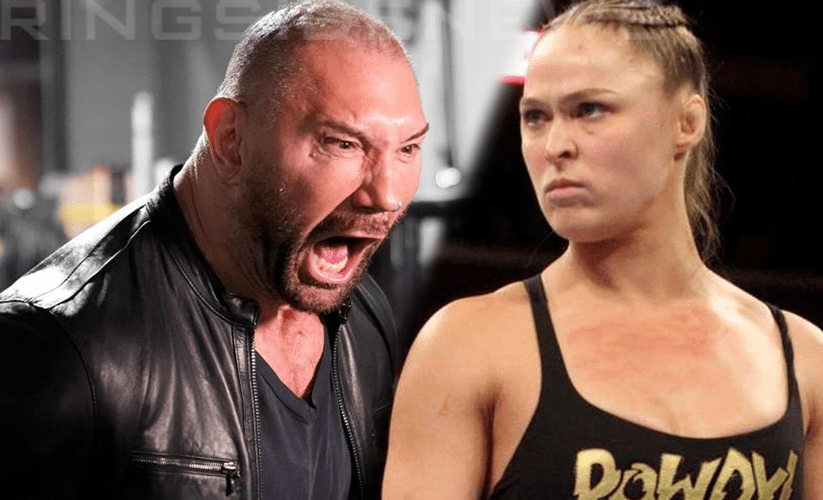 Batista’s WWE return was a very exciting deal because it all but made Triple H vs Batista official for WrestleMania 35. This was a match that Batista pitched years ago, but at least it is finally happening now.

Ronda Rousey uploaded another behind-the-scenes tour video. This time she documented her trip to RAW in Atlanta. During the video, a sea of fans wanted to meet Rousey, but she only had time for one young fan who wore a spot-on Baddest Woman On The Planet cosplay to the event.

Then later on, when Ronda Rousey was talking about the night’s events, she said how cool it was that Batista showed up — but she didn’t see him. Batista was being kept very hidden backstage at RAW this week. Only a few people knew he was back there, of course, the word still got out that he was there.

Rousey might not have had a chance to see Batista, but at least she was able to give Ric Flair a big birthday hug before The Animal attacked him backstage.