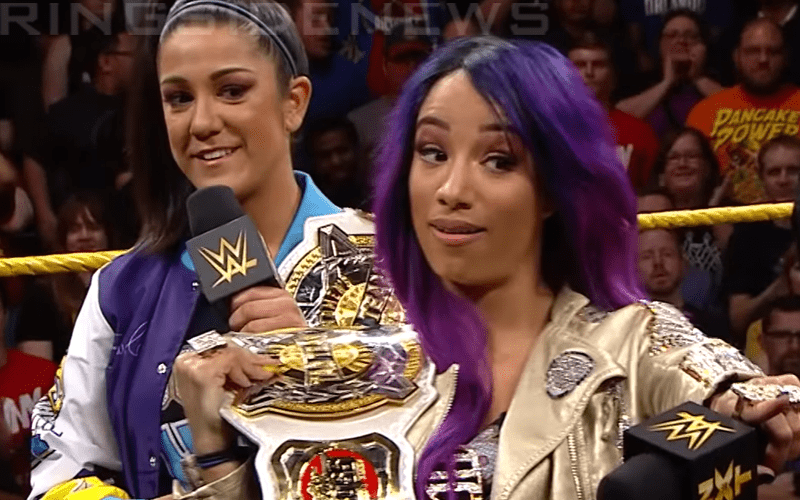 WWE has a lot of Superstars who miss the WWE Performance Center and performing for NXT. That brand is very special for Sasha Banks and Bayley as the two went through many battles against each other on the brand.

Now the Boss n Hug Connection are WWE Women’s Tag Team Champions. They paid Full Sail University a visit during their recent television tapings and issued a challenge in the process.

The WWE Women’s Tag Team Titles will float from brand to brand. Banks and Bayley wanted to make sure that the NXT women’s division knew that they need to step up their game.

You can watch the video below showing Sasha Banks and Bayley’s return to NXT. It was a pretty great moment and that pop alone could be enough to make them pull for another appearance very soon.