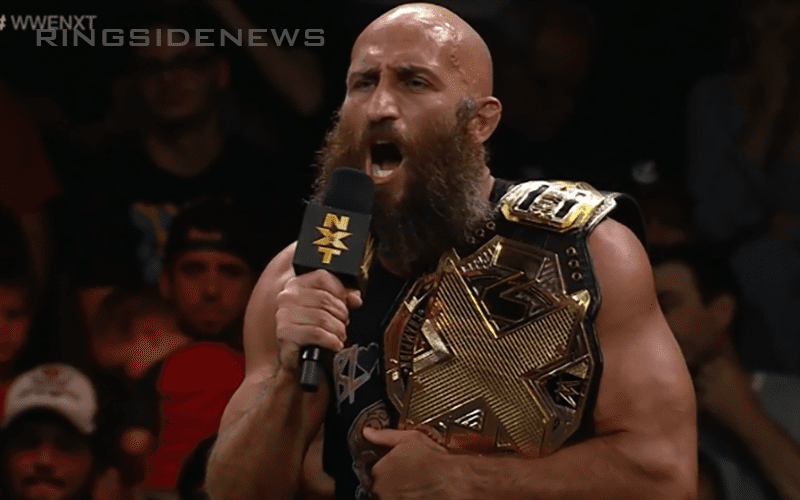 Tommaso Ciampa is NXT Champion and then he was called up to the main roster out of the blue along with three other top NXT Superstars. During a match on SmackDown Live, Ciampa took a pretty scary bump as Sheamus fell on Ciampa’s knee. Tommaso was able to work the match after the referee threw up the dreaded X, but apparently, Ciampa is injured.

The Wrestling Observer Newsletter reports that Tommaso Ciampa is currently injured. The severity of his injury is not known, but that is the reason why he was not on television this week. It was said that “he’s not okay.”

It is said that Ciampa intended on getting this issue fixed following his NXT TakeOver: New York match against Johnny Gargano. Therefore, it sounds like he was already working injured before his main roster call-up.

Johnny Gargano was set to face Cesaro in a one-on-one match with Ciampa at ringside, but that match was changed and the Hardy Boyz ended up making their return instead.

It is noted that Tommaso Ciampa also is not scheduled for any events next week.