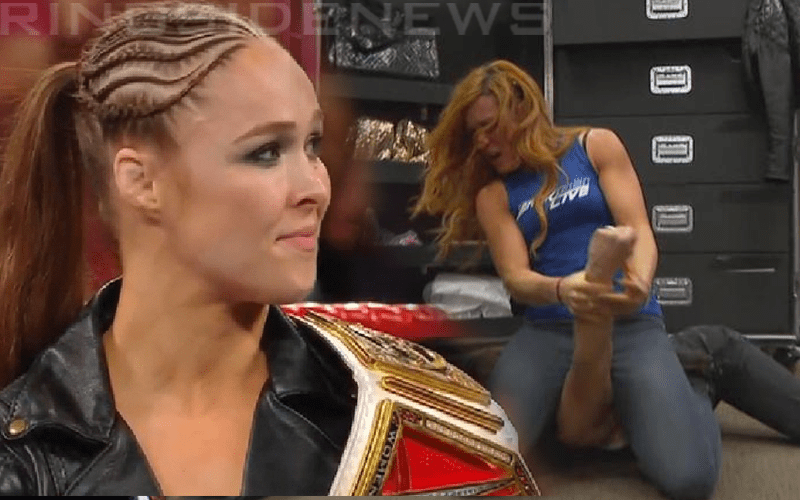 Ronda Rousey just stepped up her feud with Becky Lynch to another level. The Baddest Woman On The Planet snapped back at The Man and she used some very language to get her point across.

Becky Lynch fired a shot at Rousey saying: “Keep that F word out of your mouth and concentrate on getting better at this business,” referring to the word “fake.” That is a very dirty word in the pro wrestling world.

Then Rousey had a very unexpected reply that she might not want some of her younger fans to read.

F word? You mean “fake”? Fake like your BS “armbar” that doesn’t even work and just looks like you’re holding the dick you wish you had?

Ronda Rousey must have been in a very good mood to send this kind of tweet out. Because it is hilarious. Either way, it is also certain to heat Becky Lynch up even more as she continues to fight her way back into the WrestleMania match Vince McMahon stole from her.