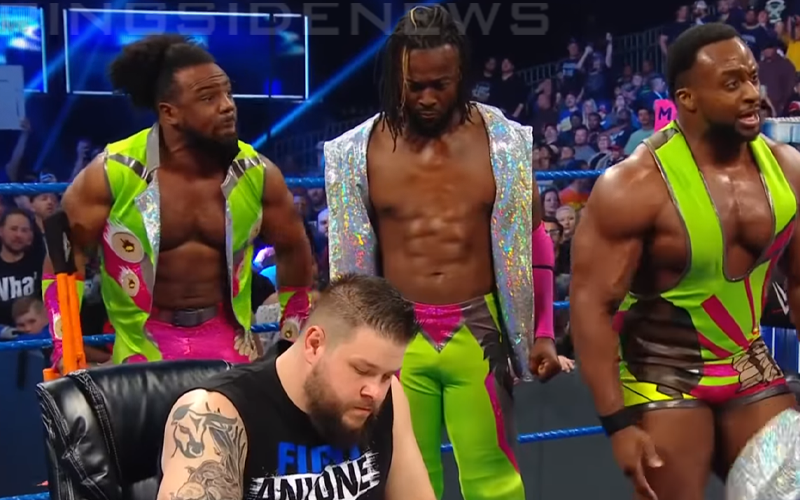 Kofi Kingston was walking on air as he was about to sign a contract for a WWE Title match at WWE Fastlane. Then Vince McMahon came out and ruined everyone’s good time.

Kevin Owens was brought out to replace Kofi in a move that Vince McMahon made because he saw Owens as more qualified and a bigger box office draw. Kofi has remained pretty much quiet ever since. Big E and Xavier Woods were furious. However, Kofi broke his silence today and he put out a heartfelt message to let fans how he is doing, but more importantly, how he is feeling.

“I needed to take a couple days to process what has actually happened. Shock, sadness, emptiness, frustration, anger, confusion are but a few feelings on a roller coaster of emotions.

My entire career, has been a series of ups and downs, starts and stops. I really shouldn’t be surprised, but this one hurt. We came so close. And I say ‘we’ because this journey has been bigger than just me. It’s Woods’ journey, it’s E’s journey, it’s every one of you who has followed and supported my career for the past 11 years.

To have it all stripped away so suddenly is painful, to put it mildly. I appreciate you all more than you know and I thank you all for your love and support. Mark my words: We will be back. The journey does not end here.”

In all reality, Kofi Kingston losing the match at WWE Fastlane is probably the best thing for him. As long as KofiMania keeps running wild, then he’ll see that WrestleMania title match. It might not be the last match on the card, but it will be a contest worthy of being called a main event.