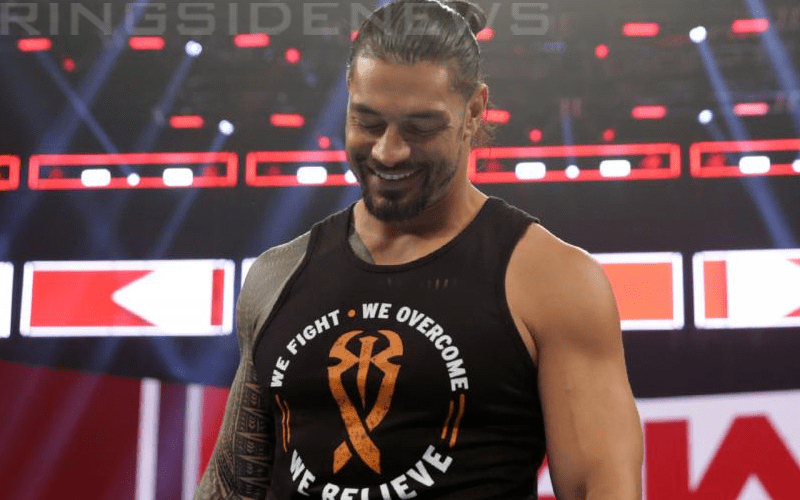 Roman Reigns returned to WWE RAW this week and made a very happy announcement that he is in remission from leukemia. This resulted in a huge pop from the Atlanta crowd and then he was the biggest babyface on the show when he came out later with Seth Rollins to save Dean Ambrose, however, WWE doesn’t expect the cheers for Roman to stick around.

The Wrestling Observer Newsletter notes that many people feel that Roman Reigns will eventually find his spot in WWE just where he left it. He was a top babyface getting booed at television events and that isn’t expected to change.

As far as what is next. Nobody can predict the future and many people feel things will eventually revert to being what they were before, with Reigns as the top babyface being constantly booed on television shoots.

We will have to wait and see what happens with Roman Reigns from this point on. He did get some boos this week, but they were actually directed at a fan who yelled, “You suck!” at Reigns. Still, you really can’t predict what the fans will do next after the newness of Roman Reigns’ return starts to wear off.