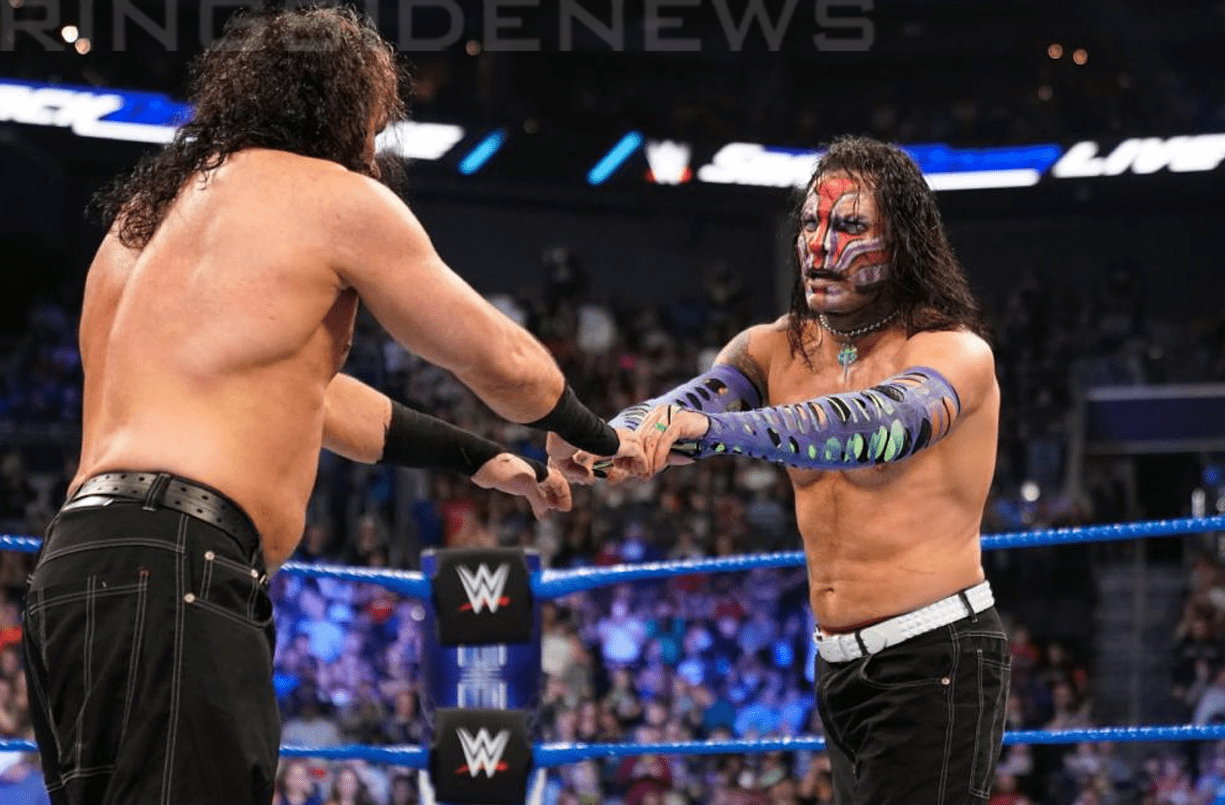 SmackDown Live included two surprising returns this week. Although Kevin Owens’ comeback changed more when it comes to the WWE Fastlane card, the Hardy Boyz’ reunion should not be discounted either. Matt and Jeff Hardy’s return as a team meant that WWE picked up a clause in their contracts to extend into year.

The surprising thing about the Hardy Boyz comeback is the fact that Matt Hardy openly said that he will be a free agent in a matter of days. However, as Dave Meltzer said on Wrestling Observer Radio, The Woken One was working us all.

“So I know he was teasing that he’s gonna be a free agent in like a week or so, but WWE had already picked up the option [for a third year] and he knew that a ways back.”

Matt Hardy was working everyone with the cryptic talk of being comfortable leaving WWE. You never know how the Hardy Boyz will be booked following their reunion, but it was certainly a huge highlight for the North Carolina crowd to see their return.