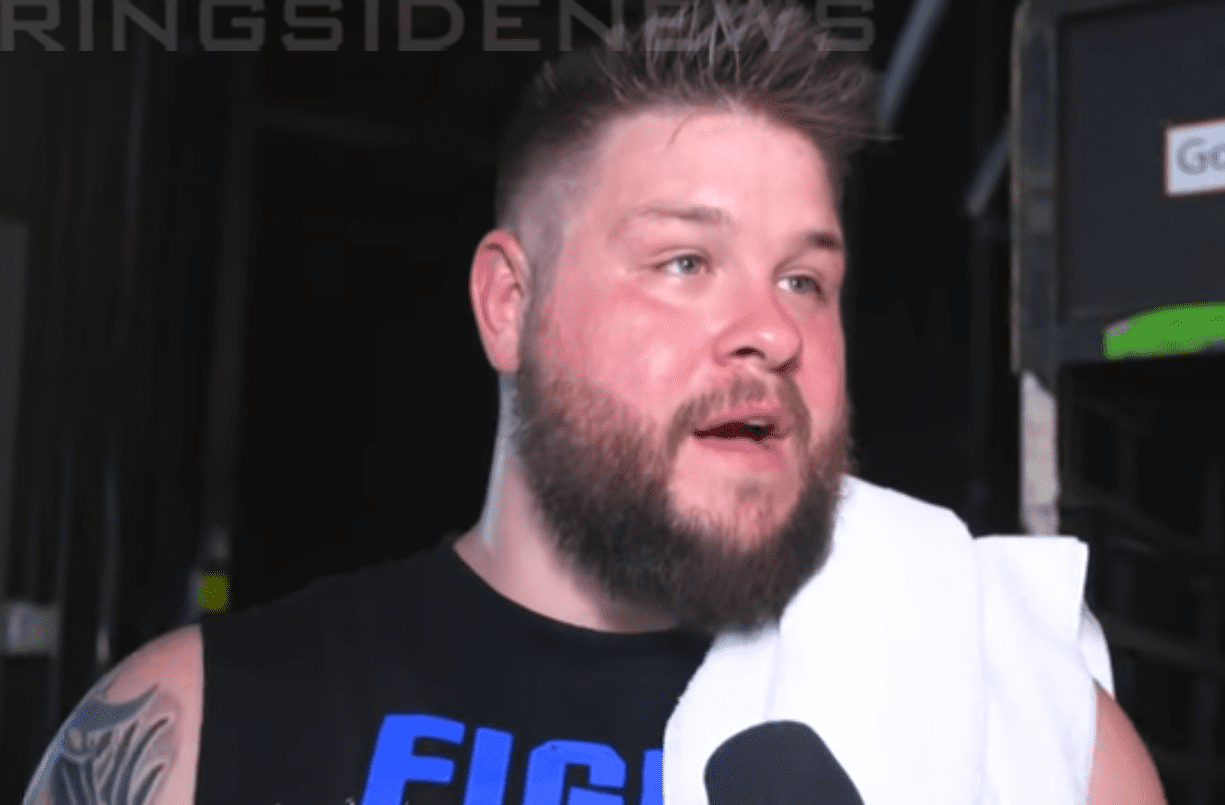 Kevin Owens was teasing his WWE return with some vignettes that focused on his life as a family man. He was bowling with his family and fighting with his son Owen about taking the change from popcorn money at the movie theater, but it was all business upon his WWE return.

Owens surprised us all as he replaced Kofi Kingston at WWE Fastlane. Obviously, this was a change of plans that nobody expected. Owens reacted after his WWE return and taking Kofi Kingston’s spot at WWE Fastlane by cutting a backstage promo where he had to collect himself due to all of the emotions running through his mind.

He addressed the issue of taking Kofi’s spot that Owens said Kingston more than earned. KO has witnessed KofiMania happen and said that Kingston deserves a title match at Fastlane, but Vince McMahon came to him and Kevin Owens said he would be crazy to turn down the title match.

Owens said he has a family at home and he spent the last five months at home recovering from his knee surgeries. It was hard for him to leave the house because he loves his wife and kids so much. He wouldn’t leave home unless it was worth it.

He said the Fastlane WWE Title opportunity was the “icing on the cake,” and Owens got emotional as he said that he doesn’t care what anyone thinks because he is taking the WWE Title at WWE Fastlane.

He is bringing the title back to his kids and his wife. It looks like Kevin Owens is being portrayed as a babyface family man. We will just have to wait and see how long that holds up because he does something to get a massive amount of heat.