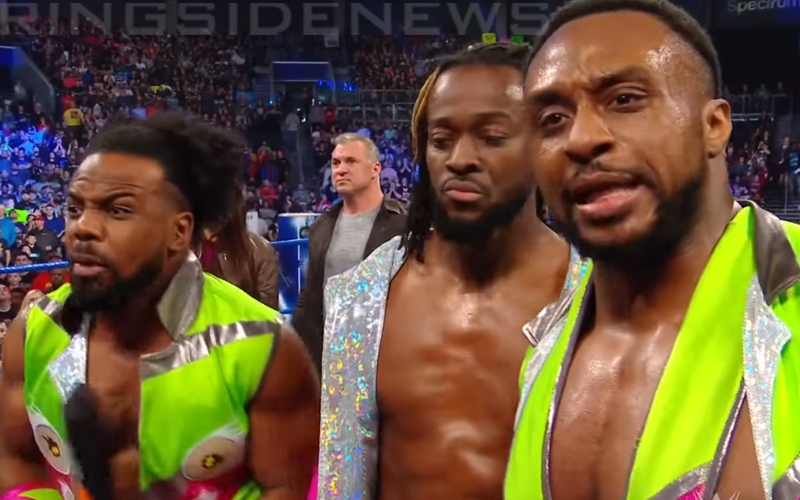 Kofi Kingston lost his WWE Title Shot at WWE Fastlane. Vince McMahon brought out Kevin Owens instead to shock the WWE Universe and replace him. The New Day were not happy at all, but they also aren’t surprised.

Kingston might not have to say anything about this circumstance because Xavier Woods and Big E are going to say plenty enough for him. They both reacted to this WWE Fastlane change and were not happy at all about it.

Xavier Woods sent out a frustrated tweet about Kofi Kingston’s accolades while asking what else WWE wants from Kingston.

Big E had a much more defeated reaction to this WWE Fastlane switch-up. Because he doesn’t even know why he is surprised anymore.

Perhaps taking Kofi Kingston out of the WWE Title match at Fastlane means he is being set up for an even bigger WrestleMania match. Fans of Kofi’s and the New Day can only hope that is the plan as KofiMania continues to run wild on the road to WrestleMania.