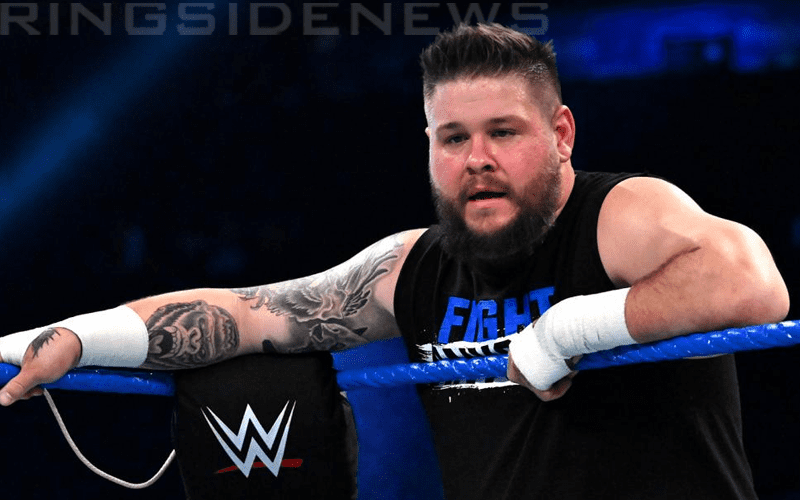 Kevin Owens had a great time during his hiatus from WWE. Rehabbing an injury kind of sucks, but he got to spend some quality time with his family and went on Disney owned excursions on a regular basis.

Owens also got some new ink. We previously reported on this as he got them during his time off. He also slimmed down a bit too so he can do a ton more in the ring.

When KO gets new tattoos, he goes all out. He might have just got everything he wants in one series of sessions because he had everything approved with WWE at the same time. Going to WWE to get permission for each tattoo has to get exhausting. However, it is very important to get approval before getting any noticeable ink because WWE has a lot they need to keep in mind when it comes to marketing — just ask TJP about his tattoos.

One fan asked Kevin Owens: “Why do u have a Panda and a Monkey in your new tattoo?” He had a very simple reply.

Owens has been known to be a Zoo Enthusiast throughout his entire career. Therefore, he likes animals a lot. “Because animals” might be the best reason to get any kind of ink and could be used in many different areas of life.