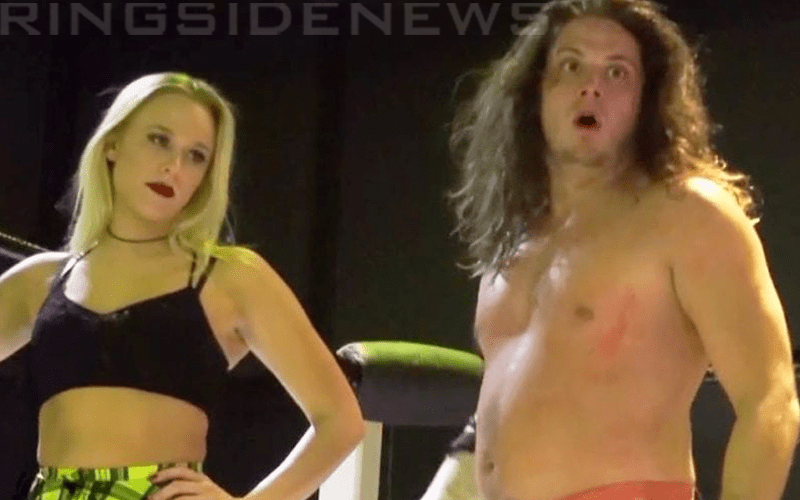 Joey Janela has a lot of fans on the indies and he throws big Spring Break events that anyone can attend, but apparently, there are no girls allowed to perform on the show. Janela and Penelope Ford worked together at many events and they were an item in real life, that is no longer happening anymore though.

While speaking to WINCLY, Joey Janela revealed his current relationship status with Ford. Apparently, they broke up before, but nobody knew. Now with social media it’s all out there.

“We’re just friends at the moment. It is what it is. We dated on and off for four years. The last time we broke up, we broke up for about eight months and no one knew because we didn’t put it out there.”

“That’s hard to do when people on social media are tagging you and saying you and your girlfriend are not together or seeing other people. We got back together and we split up again.”

You never know if those two could get back together. Some indie promoter could very well play matchmaker for real if they were to book an intergender match between the two so they can work on their issues in the ring.

If you would like to see that match for real, you can check it out here because CZW already made it happen.