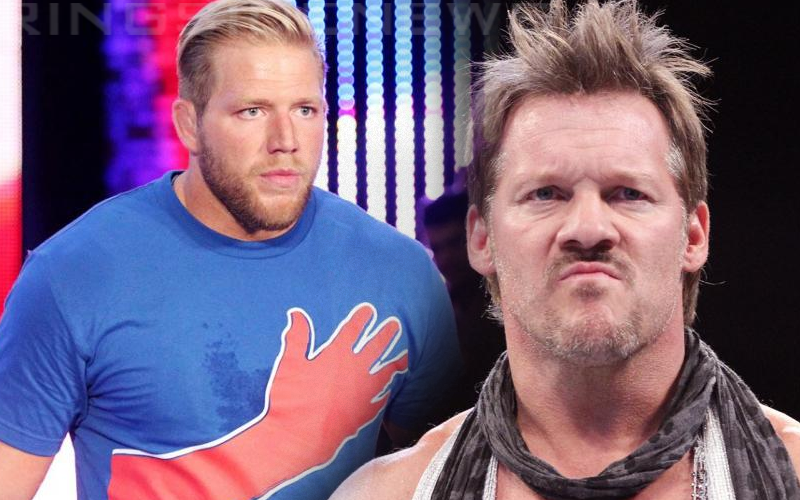 Jack Swagger has a lot of memories from his time in WWE. He still has a relationship with the company and apparently gets texts from Vince McMahon every so often too. One thing he will never forget is when Chris Jericho told him that he would be watching his every move so “don’t f*ck this up.”

While speaking to E&C’s Pod Of Awesomeness, Swagger talked about a meeting he had just before his WWE Title win in March 2010 right before he cashed in his Money In The Bank briefcase on Y2J.

“So I got the call. We were in Phoenix [Arizona] the night before for RAW and SmackDown was in [Las] Vegas [Nevada] and I was already going to Vegas,” Swagger recalled. “It was after [WrestleMania] and my wife and I were going to go and a couple of days there. So they called me after RAW and said, ‘hey, come to SmackDown. We’ve got something for you,’ so I had a clue something was going on [regarding cashing in] then.”

“So I get to the building at about 3 o’clock and [Johnny] Ace has me just wait in the hallway. ‘Naw, , kid – wait right here.’ And I think [Edge] was standing there at one point. And then, he came out and he pulled you in and then I went to go in and they’d close the door and he’d say, ‘no, kid – wait, wait, wait.’ So then, I’m out in the hallway waiting for a little bit. Maybe Jericho comes in then or entered the meeting or he was already in there. Then you guys finally pull me in and I thought it was pretty straightforward.”

“Everybody was being professional and then Chris turns to me and pretty blatantly, in my face… are we allowed to cuss on here? Okay. Pretty blatantly, to my face, he turns, he goes, ‘don’t f–k this up! I’ll be watching every move!’ And I was like, ‘alright. I just want to make everyone better. I’m here.’ And, still, to this day, I don’t know if he was f–king with me, just seeing how I would react or if he was really serious.”

Edge went on to say that in his experience with Y2J, he was being both serious and testing Jack Swagger.

The Real American American held the WWE Title until late June when he lost to Rey Mysterio. Three months as WWE Champion is nothing to turn your nose up at though. Apparently, Jack Swagger did a good enough job to appease both Jericho and Vince McMahon as he made a conscious effort not to “f*ck this up.”