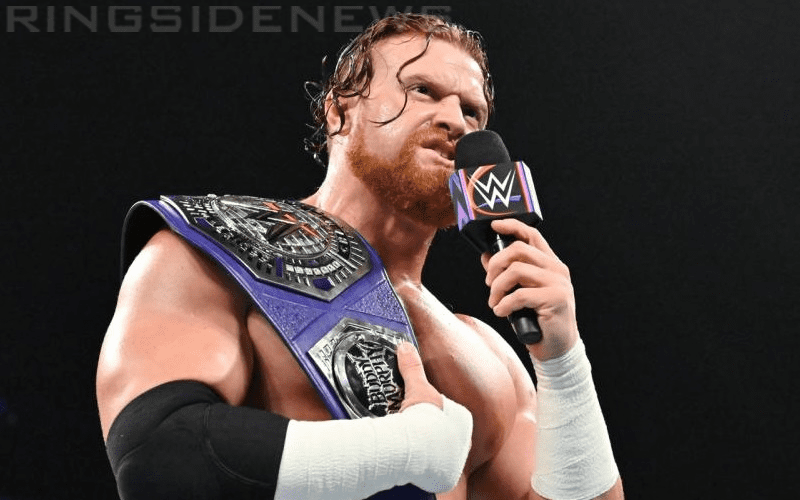 Buddy Murphy is the WWE Cruiserweight Champion and there is currently a tournament going on to determine who will be his opponent at WrestleMania. Now after a cryptic tweet from Murphy, we’re not sure what is going on.

Buddy Murphy is a workhorse and earned his spot on the top of 205 Live. He shed weight to make 205 pounds and continued to impress until he won the WWE Cruiserweight Title in front of a hometown crowd at WWE’s Super Showdown, however he recently sent out a very strange message.

Tonight I’ll be making about my immediate future with WWE. 👋🍹

Those waving hand emojis are confusing because you never know if someone is saying goodbye or hello. The little cocktail drink next to the waving hand could simply mean a vacation is on the way. You never know in WWE because they have lost Cruiserweight Champions before. Hopefully, he will clear things up soon enough.