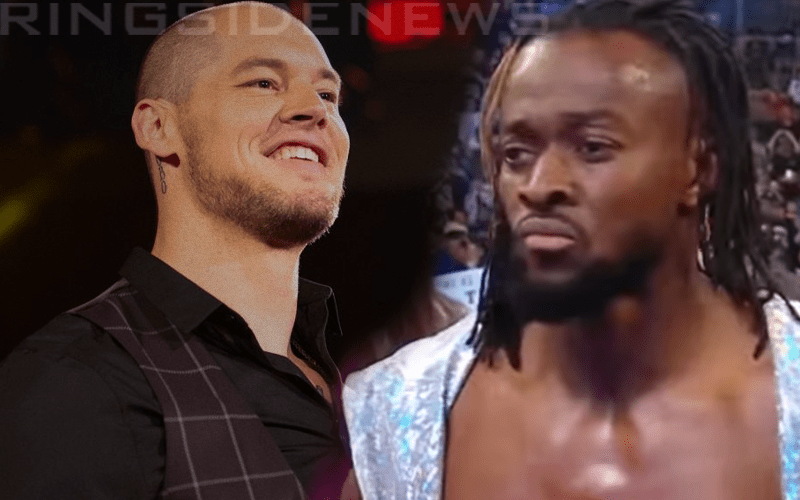 Kofi Kingston is incredibly popular now as KofiMania is running wild all over the WWE Universe. Unfortunately for him, Kevin Owens is seen as a more worthy opponent for the WWE Title by Vince McMahon.

Baron Corbin used to run RAW, not SmackDown. However, he still put his two cents in and said that he would have kept Kofi in his WWE Title match at Fastlane if he were still in charge.

I would would have put kofi in but i don’t have power anymore. So blame yourselves for this.

Kevin Owens was rather shocked to see this tweet on his timeline. “I wore your hoodie on Raw once and this is what I get?!” he replied.

Kofi Kingston isn’t in the WWE Fastlane match, but don’t lose hope. WWE could be building some much bigger things for Kingston as he could see KofiMania eventually make its way to WrestleMania.