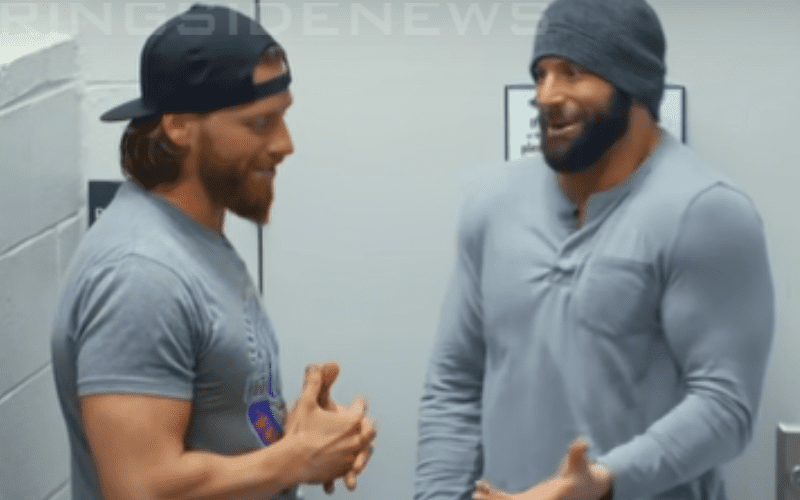 Zack Ryder might be an “elite” Superstar the way Randy Orton sees it, but he didn’t make it on RAW this week. To be fair, it was an incredibly packed show. Right now Ryder is trying to encourage his old buddy and fellow action figure hunter Curt Hawkins to amp himself up for his first win in over 200 matches, but that segment hit the cutting room floor.

Thankfully, we live in 2019 so WWE can put up any segment they like on their official YouTube channel. This makes us wonder why they don’t do this sort of thing more often to gauge fan interest in storylines they want to see.

In this short video, Ryder tried to convince Hawkins that it’s a good thing that they’re not on RAW because at least they’re not losing. He should be a motivational speaker.

Curt Hawkins said that he’s in a rut and “now you’re along for the ride.” Hawkins said that they’re trying to do something that only the New Age Outlaws and the Hardy Boyz have done before them which is winning the WWE Tag Team Titles a decade after first capturing them.

Zack Ryder called Hawkins and himself “33-year-old legends” and Curt said they’re “legends in the making.”

This was an awkward segment, but it was likely filmed to come off that way. It also gave them a chance to banter back and forth and show their true personalities a bit much like they do on their popular Major Wrestling Figure podcast.