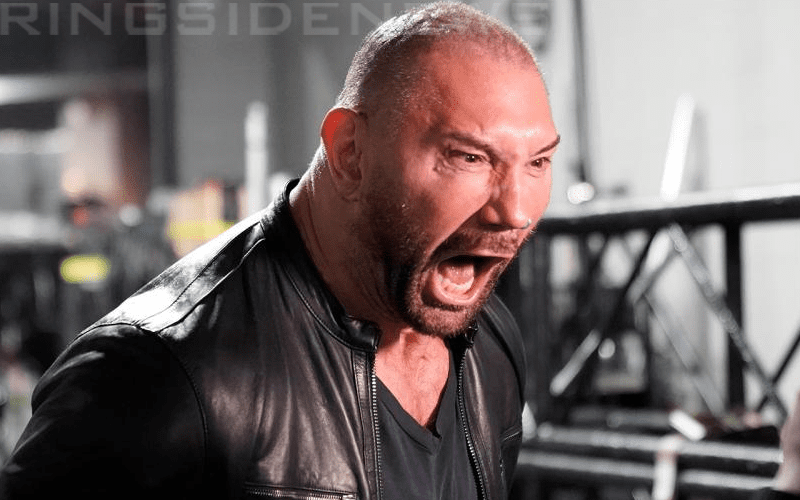 Batista took a pretty low shot at Triple H this week on RAW. He attacked a man on his 70th birthday and to make matters worse, that man was Ric Flair.

Dave Meltzer discussed this event during Wrestling Observer Radio where he said that Batista wanted to be a heel due to how his last program in WWE turned out.

“So Hunter is the babyface in the feud. Unbelievable. Okay, I know because of what happened last time that Dave probably insisted on being the heel, but I mean Hunter is the one that everyone wants to be the heel in this thing, but yeah.”

As WWE continues on the road to WrestleMania, it will be very interesting to see how Triple H and Batista’s feud will continue. This might mean more appearances for The Animal, but he is also involved in a few projects that are taking up his time as well. Either way, whenever Batista shows up you can probably expect for him to be looking for heat.