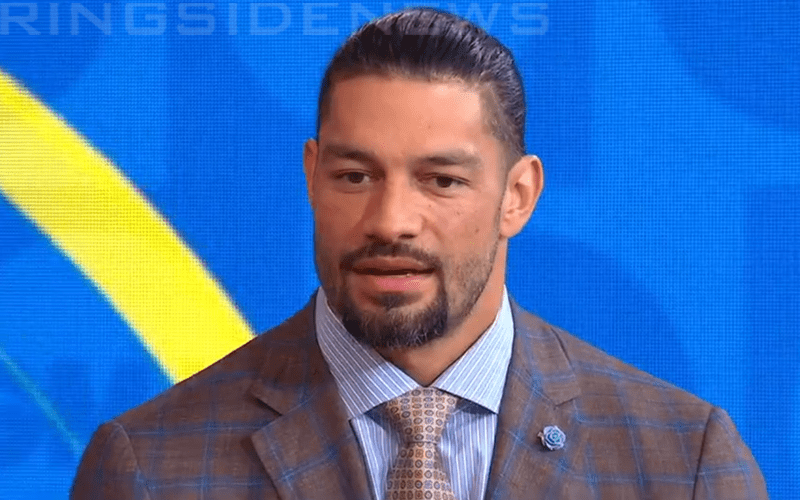 Roman Reigns made his appearance on Good Morning America this morning. Fans were lined up outside York City studio since 3:00 am for a chance to see him.

Roman Reigns said it was amazing to make his WWE return and it was something he thought about over and over again. He said his journey wouldn’t be complete until he could get back in the ring.

Reigns said that he never gets nervous, but he was nervous last night. The perfectionist and the OCD in him came out. He said that he was able to feel all of the love and he spoke about connecting with the children through WWE’s TV-PG product.

Roman Reigns called himself “just a young buck” when he was first diagnosed with leukemia at 22-years-old. Then 11 years later it came back. He credited his mother for being the biggest worrier in the world then he addressed her by looking at the camera and telling her to “chill out.”

He said that the first time he dealt with leukemia he felt like he was on an island, but this time he was surrounded by guardian angels. Then he spoke about the platform he wants to use to promote pediatric cancer research.

He spoke about Hobbs & Shaw and they showed a picture from the film which we previously put up on Ringside News. He said that it’s going to be a little weird to see himself on the silver screen, but to be able to hang out with Dwayne Johnson was a great experience.

That was it for the interview as it was quite short, but it was still great to see Roman Reigns back doing what he needs to be doing as the face of WWE.