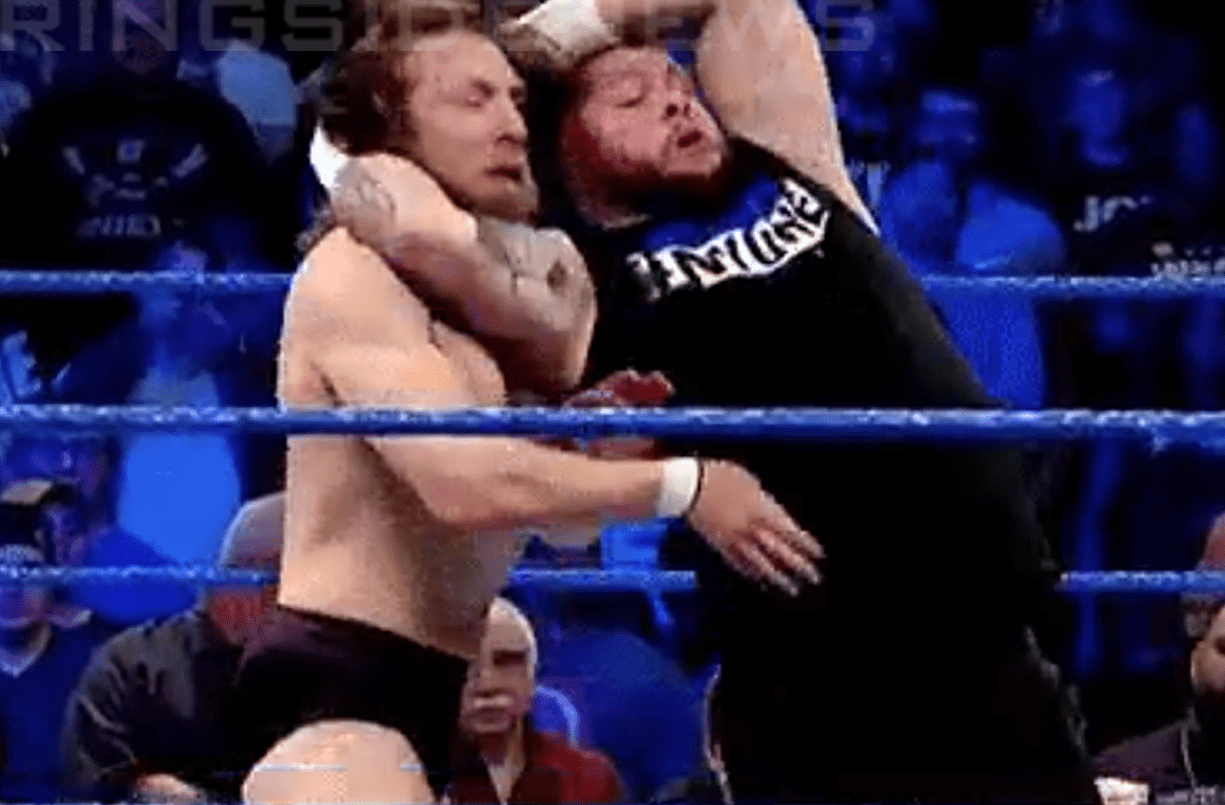 Kevin Owens was brought back to SmackDown Live as Kofi Kingston’s replacement for the WWE Fastlane pay-per-view. This was not a decision that made Kofi Kingston or the New Day happy at all.

KO wanted to make things right and he offered to show who’s side he was on after signing his WWE Fastlane contract. Therefore, a tag team match was booked for the main event with Kevin Owens and Kofi Kingston vs Daniel Bryan and Rowan.

The match was back and forth, but the babyface team ended up winning. Kofi and Owens had their hands raised at the end of the night, but it is how Owens got the pin that was very interesting.

Kevin Owens won the match by hitting a Stunner just like Stone Cold used to. Of course, nobody can hit a Stunner like Steve Austin, but if this move is to live on as a finisher, Kevin Owens is a worthy recipient.

Only time will tell if Kevin Owens will continue using the Stunner as his finisher. He has brought out the move in the past, but it was certainly a great way to cap off his WWE return.