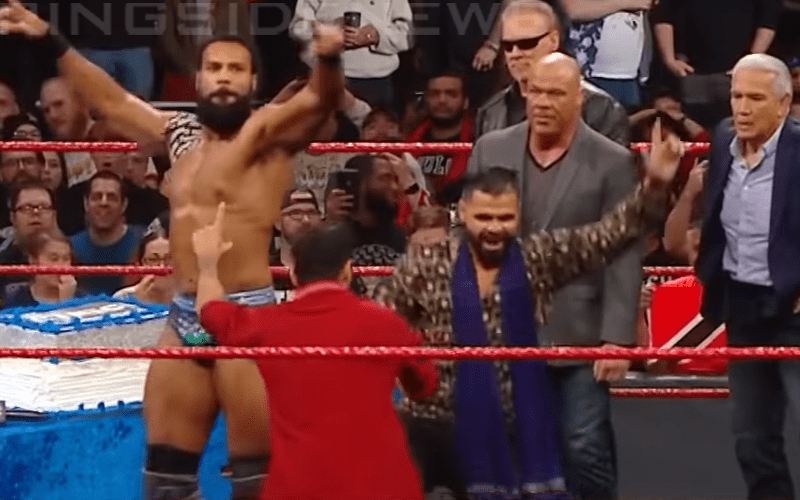 WWE RAW was very eventful this week. It ended with a big Ric Flair birthday celebration, but The Nature Boy was unable to attend. Instead, Batista showed up to take out Triple H’s hero to send a message.

After RAW went off the air, Jinder Mahal and the Singh Brothers came down to join the party after it was already crashed by The Animal. They got in a ring surrounded by WWE Hall Of Famers, and that was not the best decision.

Jinder Mahal took an Angle Slam through the cake followed by Shawn Michaels laying out a Singh Brother with a Superkick. Then Angle tossed the other Singh Brother in the cake.

In the end, Ric Flair wasn’t the one going through his birthday cake, but the cake still didn’t survive. Instead, The Modern Day Maharaja and his accomplices ended up covered in cake instead.