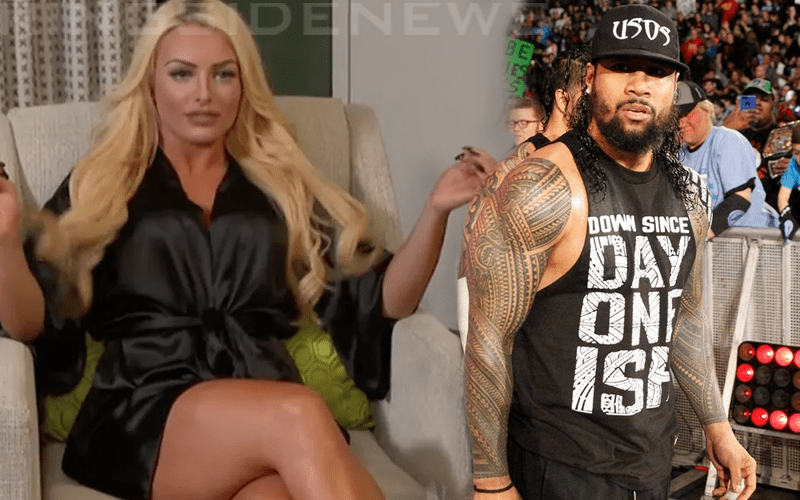 Some fans like to have a lot of fun when they’re going to an appearance for a WWE Superstar. One fan recently had a great idea to show up to an Usos appearance to meet the SmackDown Tag Team Champions while wearing a Mandy Rose shirt.

When this fan tweeted out that he would be meeting the Usos sporting Mandy Rose merch, he probably didn’t think that they would notice. After all, the Uso’s timeline is full, but they did.

Bout to meet The Usos I got you Mandy Rose 😉

The Usos’ Twitter account replied with a raised eyebrow much like their cousin The Rock made famous. It looks like Jimmy and Jey were cool about Mr. Lail’s shirt of choice because they posed for a photo with him as well.