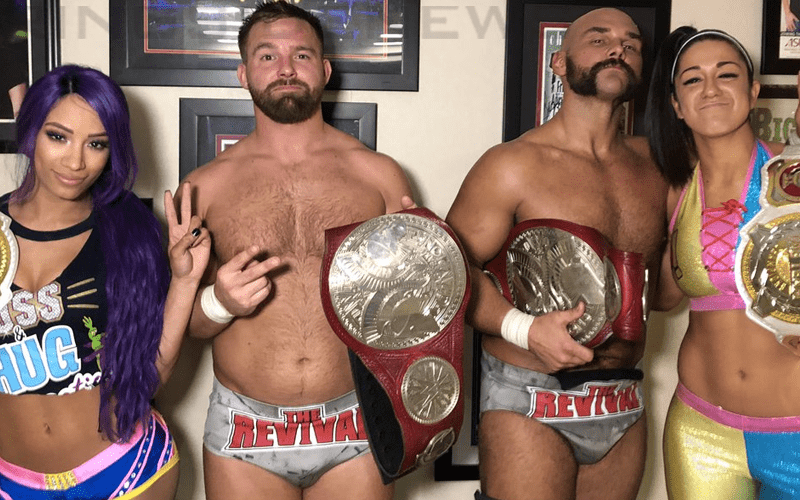 WWE is full of people who worked very hard to succeed in their careers. The Revival spent a lot of time on the bench after finally making their way up to the main roster. Bayley and Sasha Banks also faced their fair share of hardships. Now both teams are champions in WWE.

While the Superstars gathered on the stage to honor Ric Flair for his birthday celebration that he never got to attend, The Revival and Boss n Hug Connection were present and standing right up front.

One fan was able to capture a moment where the two sets of champions clinked their belts together. The two teams are fans of each other and are always putting each other online.

They also posed for a photo as champions that was pretty great when compared to one they took a while ago. This was a pretty cool moment and you can see it below.