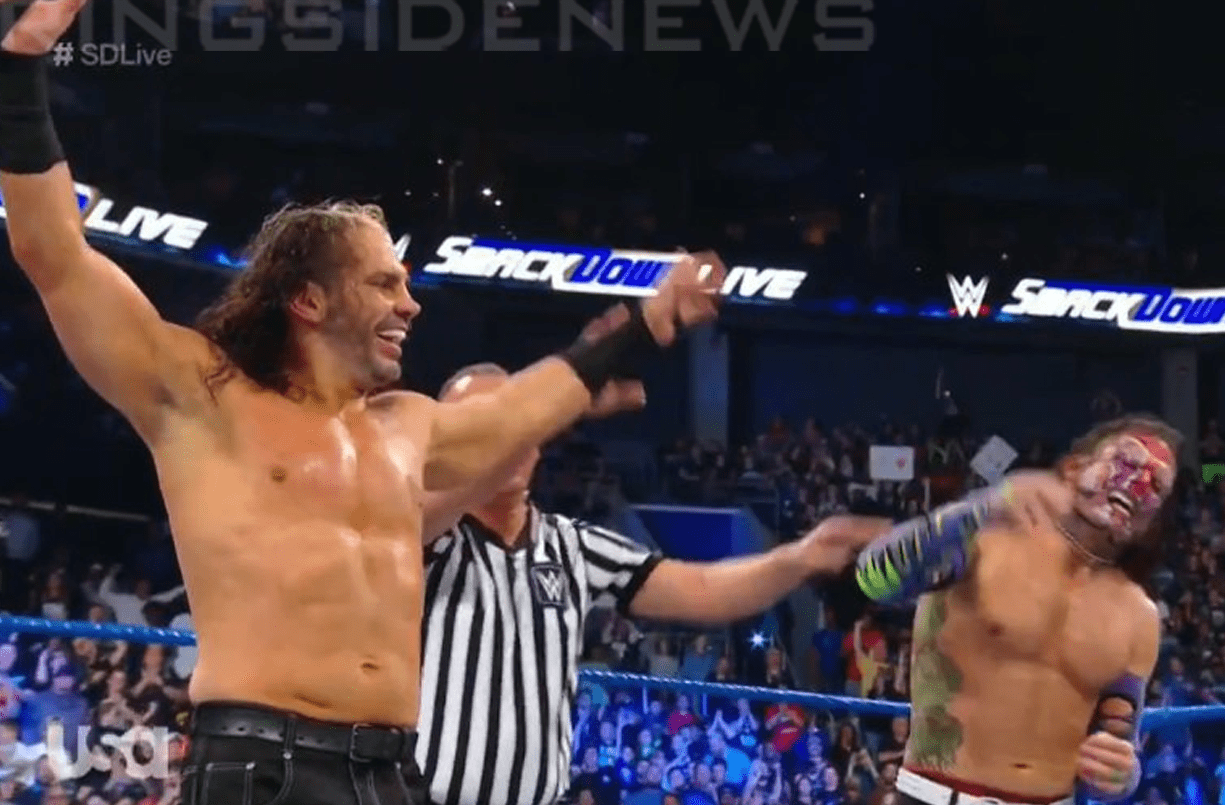 The Hardy Boyz made their WWE return at WrestleMania in 2017. Matt Hardy made it quite clear that his contract was running up, but it appears he will be sticking around — at least for another year.

The Hardy Boyz’ return on SmackDown Live to defeat The Bar made a big statement and it also meant that WWE acted on a clause in the Hardys’ contracts.

PW Insider reports that there was a clause in the Hardy Boyz’ contracts where WWE could roll the deal over into a third year. This is what they did.

Therefore, you can expect both Hardys to be around WWE for at least one more year. Hopefully, with WWE’s current creative direction they will be able to take full advantage of having this veteran team on the roster.