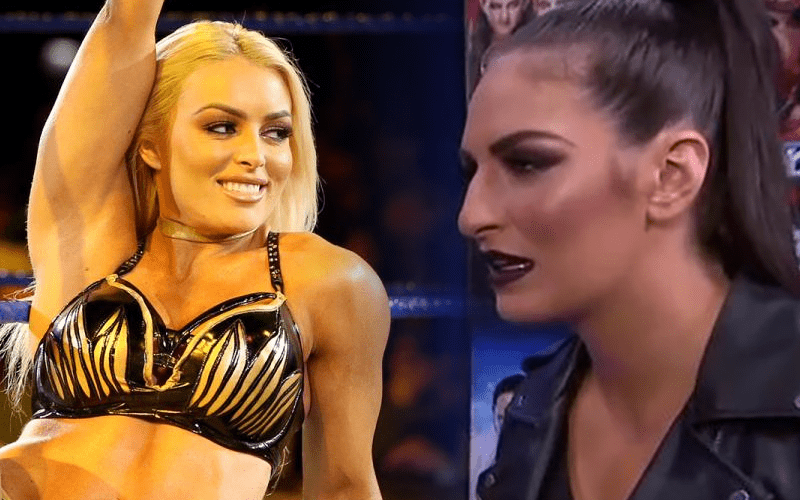 Sonya Deville has voiced her opinions on the upcoming Women’s Tag Team Championship match which will take place at Fastlane.

Deville & Mandy Rose were part of the Elimination Chamber match earlier this month that crowned the inaugural champions. While they came up a little bit short they still managed to put in a good showing, with many fans feeling as if they deserve the chance to challenge for the belts sometime in the near future.

However, with Tamina & Nia Jax being awarded that opportunity at the upcoming pay per view, it seems as if Fire ‘N’ Desire will have to wait a little bit longer for their chance.

Many fans have commented on how far Sonya and Mandy have come over the course of the last year or so, to the point where they’re considered to be amongst the best performers in either women’s division.

Unfortunately, neither woman has been able to capture championship gold just yet, but it feels like that’s going to come in time. With WrestleMania being right around the corner their fans are understandably eager to see them being featured in a big time match, but we’re not convinced that’s going to happen.

If they don’t end up facing Sasha Banks & Bayley, the current champions, then they’ll almost certainly be inserted into the Women’s Battle Royal – although that has yet to be formally announced.

That’s not necessarily a bad spot for them, and it could end up vaulting them into a higher position on the card after Mania.