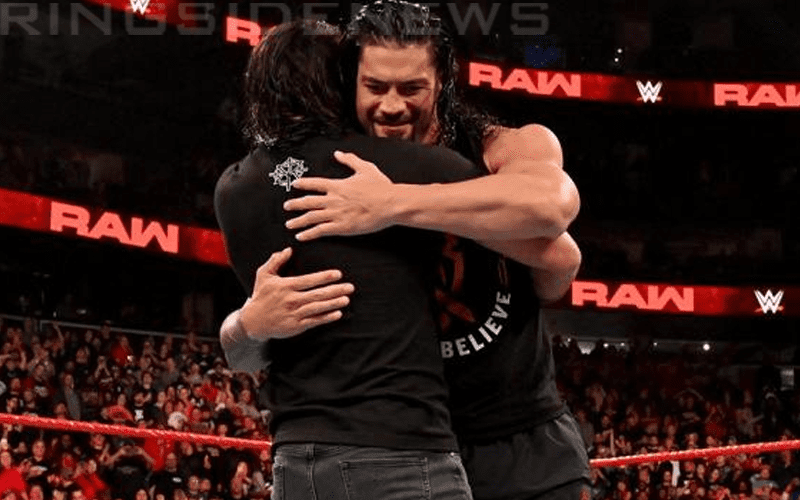 Roman Reigns returned to WWE RAW this week and fans are still registering their excitement. Roman’s leukemia is in remission and he is back as a WWE Superstar. He made things physical as well, even though that was a change made during the show.

Seth Rollins was able to come out and give Roman Reigns a big hug following his announcement to start out the show. Dean Ambrose decided not to come out, but Rollins was around and glad to see The Big Dog. They also later participated in a run-in angle to save Dean Ambrose to which Rollins commented:

About last night…welcome back my brother. It was like you’d never left.

Hopefully, this is just the first of many times we will see Roman Reigns and Seth Rollins work as a team. The Shield is rumored to be a part of WWE Fastlane as well so keep checking back to Ringside News for more updates in this very promising situation.