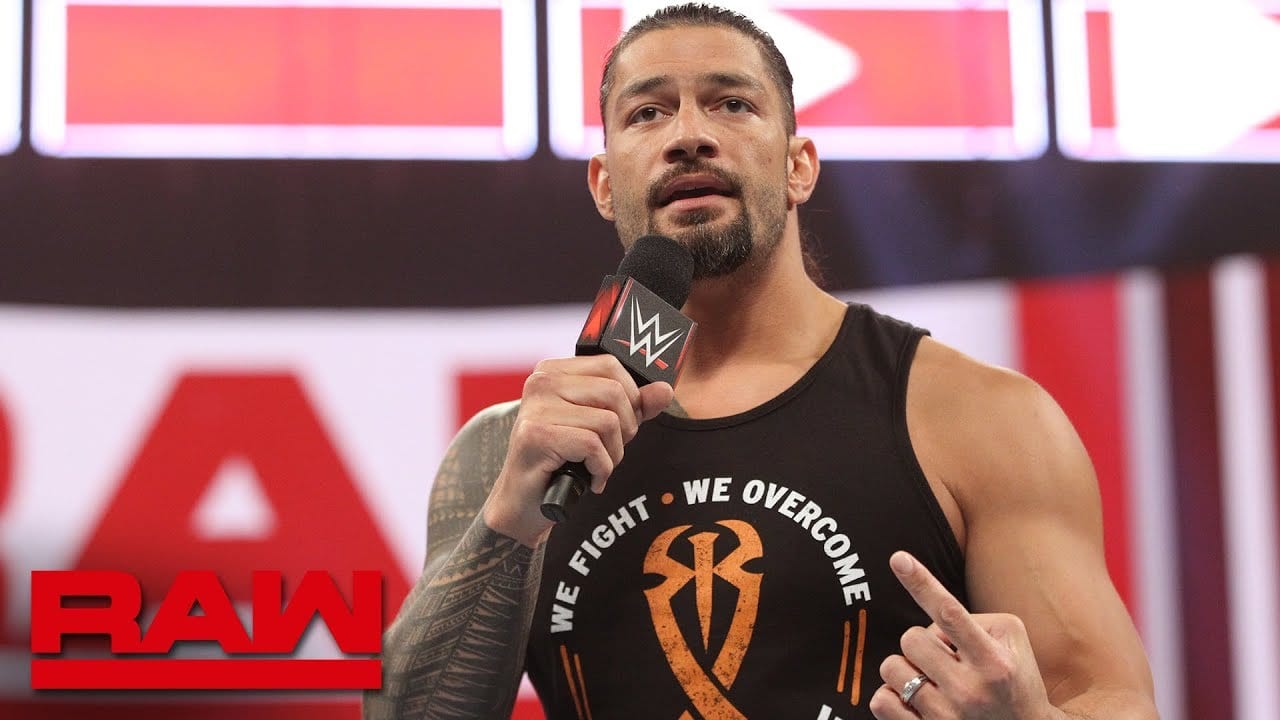 Roman Reigns made his WWE return to RAW this week. He did not wrestle a match, but he did get physical as he assisted Seth Rollins in taking out some heels after they jumped Dean Ambrose. This was a segment that was planned during the show after Roman Reigns’ announcement that his leukemia is in remission.

The Shield is set to be at Fastlane in one way or another, but they could have some help. Because as Elias joined the fray to attack Dean Ambrose it set up four heels versus The Shield. However, they can always call on another top Superstar for assistance.

It was noted on Wrestling Observer Radio that it appears Braun Strowman could be inserted in this match as well. Therefore, it could be The Shield and Braun Strowman vs Baron Corbin, Bobby Lashley, Drew McIntyre, and Elias. This would craete an eight-man tag team match, but that would make sense.

Not only does it give fans a chance to see a reformation of The Shield (plus one), but it will also be a fine match to put people in that WWE needs to protect. Roman Reigns is said to be moving slower by his personal trainer who tried to cover his tracks after announcing that Reigns was on his way back to the ring.

Seth Rollins also needs to take it easy because his back is said to be healing. He has a big WrestleMania match against Brock Lesnar that can’t be jeopardized. Therefore, if WWE books an eight-man tag team match it could be the best way to protect both Reigns and Rollins and also book them to work the final pay-per-view on the road to WrestleMania.