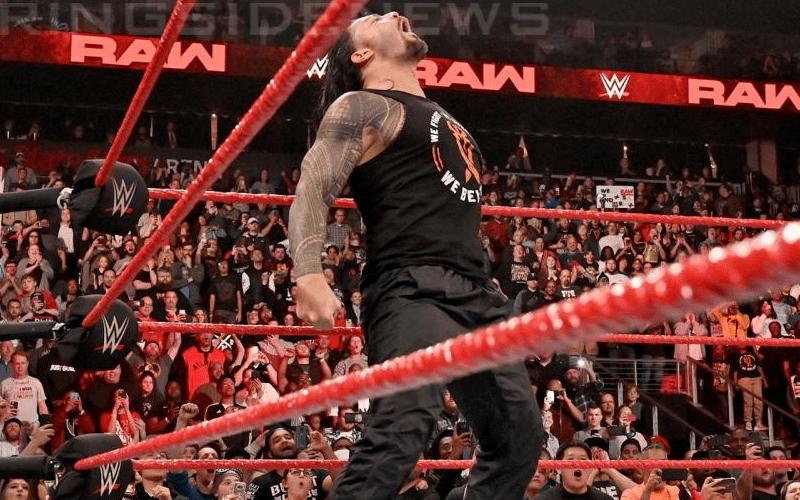 Roman Reigns made his WWE return last night and announced that his leukemia is in remission. Although Reigns did get a few boos when he revealed that he didn’t know if he wanted to share that secret, the response was amazing and Reigns later said how crazy it was to get cheered by the WWE Universe.

Following the segment where Roman Reigns and Seth Rollins helped out their Dean Ambrose, The Big Dog spoke to Charlie Caruso backstage about his first bit of action since his WWE return.

“I thought the second part of the night was cool because I was able to show them through action exactly how much better I’m doing so hopefully, after seeing me go through some physicality and kick some ass hopefully they can tell that, ‘Yeah, he is doing better, he’s looking better, he’s moving better.’ So hopefully, the snowball effect and people will see and stop worrying about me and deflect this beautiful energy that’s been sent to me and just use it to help others.”

Roman Reigns is the ultimate babyface now that he is returned. He is using his platform to encourage others to support people who are going through what he did and similar circumstances. The Big Dog is back and he was happy to prove it. hopefully, he will have a long and legendary career without leukemia ever becoming an issue again.

It really was a great spear to see and Drew McIntyre was the lucky man to take Roman Reigns’ first one since his WWE return.