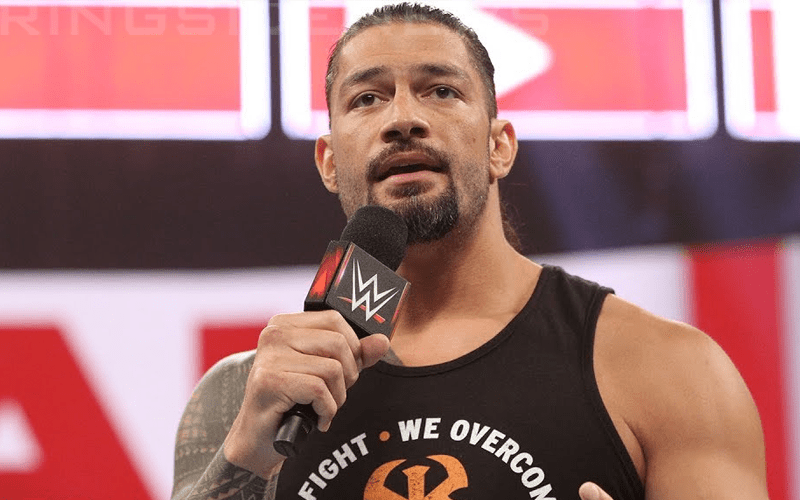 Following his emotional return on Monday Night Raw last night, WWE superstar Roman Reigns has defiantly revealed that he is ready to get back to work – whilst praising Good Morning America in the process.

Reigns’ return to the ring last night was nothing short of incredible, as he revealed that he was in remission just four months after his leukaemia had returned. The Big Dog set himself back on the path towards WrestleMania 35, which can only be a good thing.

There was still a lot of hype surrounding his appearance on Good Morning America, however, which took place earlier today.

Thank you to @RobinRoberts and everyone from @GMA. Thank you for the support and the platform to raise awareness for leukemia research. Now, it’s time to get ready to go back to work!! 🤙🏽@WWE

Roman has been known for being one of the strongest WWE superstars in history, and we mean that in both a physical sense and a mental sense. The guy just doesn’t know when to quit or when he’s beat, and that’s the kind of quality you need in this profession.

Nobody really knows what direction he’s going to go in between now and Mania, and then beyond, but it doesn’t really matter. His journey back to this point is what people are going to be talking about for years to come, and rightly so.

Good Morning America is one of the most popular morning shows over in the United States, and we’re glad that Roman was able to share his story so openly in order to help others who may be suffering from a similar illness. Now, as Roman himself stated, it’s time for him to get back to work.