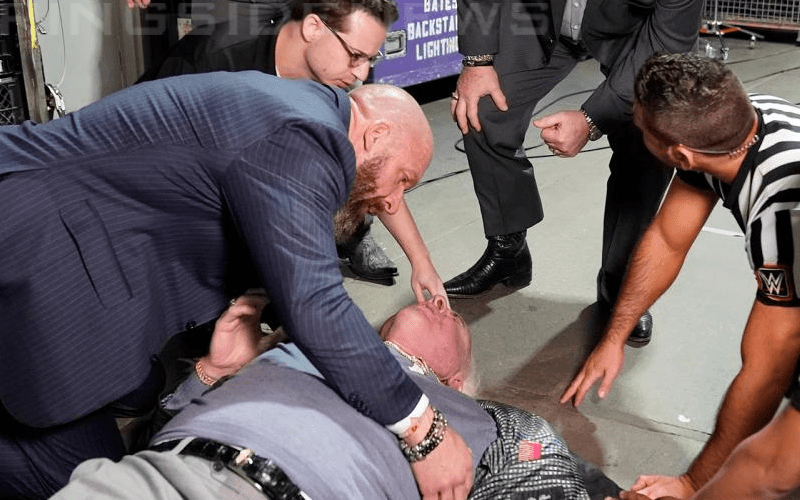 WWE fans were looking forward to seeing Ric Flair’s 70th birthday celebration, but it did not happen. Instead, Batista beat The Nature Boy down backstage. This was done to jumpstart a WrestleMania program with Triple H, however, he might want to be careful what he wishes for.

Ric Flair issued a very stern warning to Batista on Tuesday following the assault on RAW. Batista ruined a pretty big event for Ric Flair and upset more than a few people in the process.

I Want To Thank @WWE For Throwing Such A Wonderful Birthday Celebration With Some Of My Closest Friends. As For @DaveBautista… Be Careful Whose Party You Crash, Big Man! #WOOOOO

You never know when Batista might show up next. When he does, Triple H will probably be more than happy to donate a fair amount of attention to The Animal.