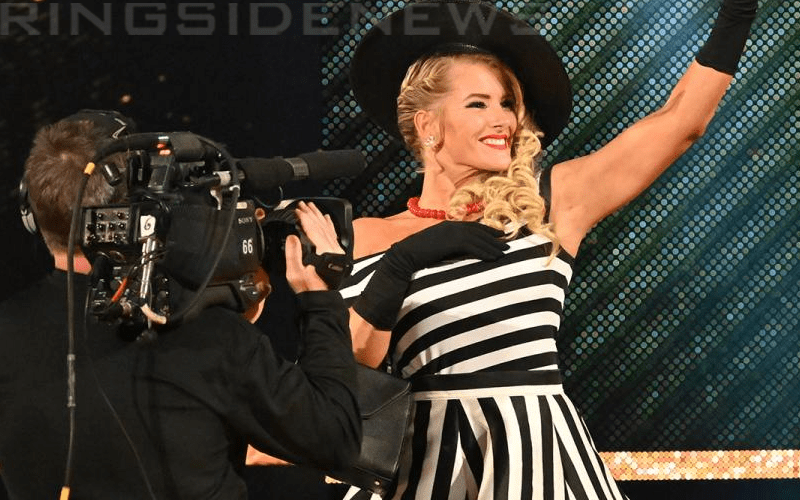 Lacey Evans is the Lady Of WWE and she is set for a major push in the company. It is said that WWE plans on her being one of the top three females on the roster along with Becky Lynch and Charlotte Flair which is quite an undertaking.

Evans rarely goes on the road without her daughter by her side. Summer really is Lacey’s mini-me and the former NXT Superstar recently uploaded a few pictures from behind the scenes at WWE RAW.

It appears as though Lacey Evans had WWE’s wardrobe department make up a dress for Summer that was practically identical to the one that she wore on RAW. Then WWE took some pictures of the two. It’s hard to imagine that WWE isn’t saving this photoshoot back for some kind of Mother’s Day post.

You can check out the pictures below and see just how much Summer favors her mother. She is also pretty scrappy so WWE could very well be in her future as well.