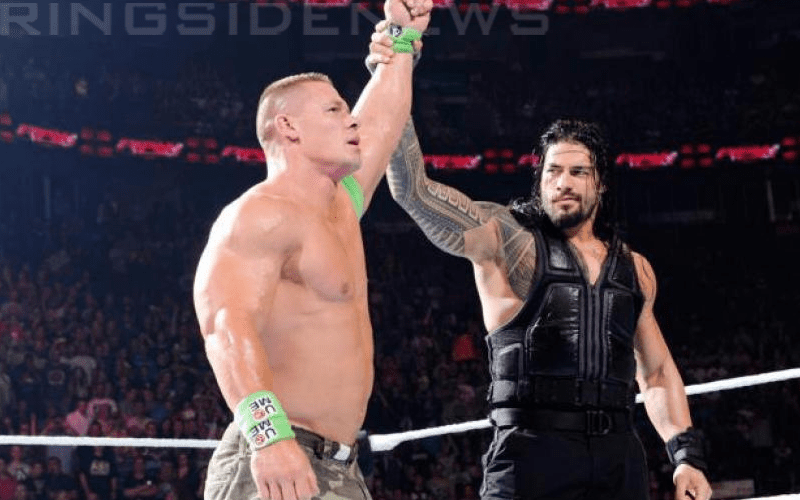 Roman Reigns made his WWE RAW return this week in Atlanta. This kicked off an in-ring return and although he didn’t have a match, it was apparent that The Big Dog could still get plenty physical.

Following Reigns’ amazing announcement, plenty of WWE Superstars reacted to the news. This included John Cena who sent out a glowing message to Roman Reigns.

Real superheroes exist. Back and with strength and purpose! It’s your yard Roman. Your time is most certainly NOW!

It’s nice to see that even though John Cena is up in Canada filming a new movie called Playing With Fire that he is still tuned into the WWE Universe. Cena might be a part-timer now but he realizes that WWE needs full-time Superstars to sustain the company. Roman Reigns was the guy before and now with his recent return, he can solidify the fact that his time is in fact now.