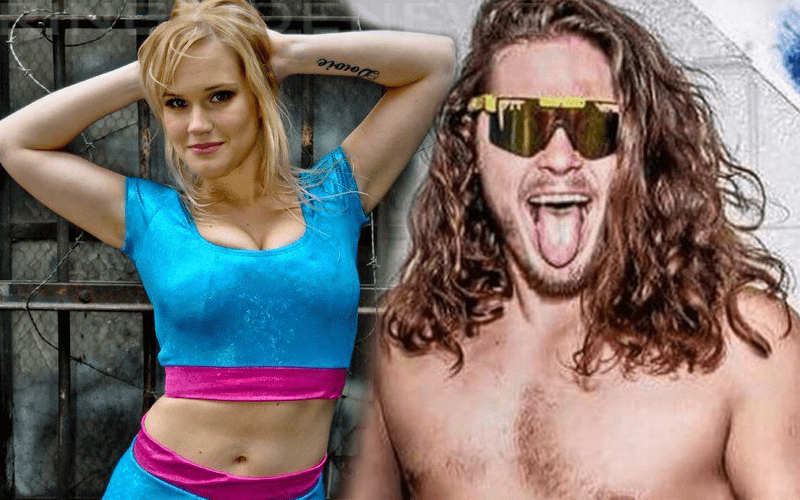 Indie wrestling is experiencing a booming period which has brought tons of fans to shows. Joey Janela is a part of that and in addition to wrestling (when he’s not injured), he also promotes his Spring Break events.

Janela is working on his third Spring Break show right now and it looks like it will be another successful venture — but he’s not booking any females.

Shazza McKenzie is an Australian firecracker who really wanted to be a part of the Spring Break show. McKenzie is coming to the states for a few months and has already filled much of her calendar, but there is always room for more. McKenzie cut an online promo on Janela saying that she will be showing up to his next Spring Break event whether he likes it or not. Then Janela replied that he is not booking any women — but he’s not sexist.

Shazza I would love to have you but I only have limited spots, Great nostalgia is falling on our laps. We have no room for you this year, or any women unfortunately. I’m not a sexist, don’t push that agenda. Maybe Spring Break 4..

This prompted Shazza McKenzie to reply. She found it hard to believe in this day and age that a big indie show won’t have any women performers.

“No room for ANY women” It’s 2019, I need you to have room for me, I’ll make room for myself without your permission. But sure, “not a sexist”

Joey Janela has said for months that he is “trying to book 0 women” on the upcoming Spring Break event. He has also stuck to his story that he is not sexis.

Shazza McKenzie, who has appeared on NXT’s television show in the past, started #JoeyJanelaIsASexist on Twitter. As of this writing, Shazza was the only one to use said hashtag in a tweet. We will have to wait and see if Shazza McKenzie decides to invade the Spring Break event anyway because she’s been in intergender matches before.