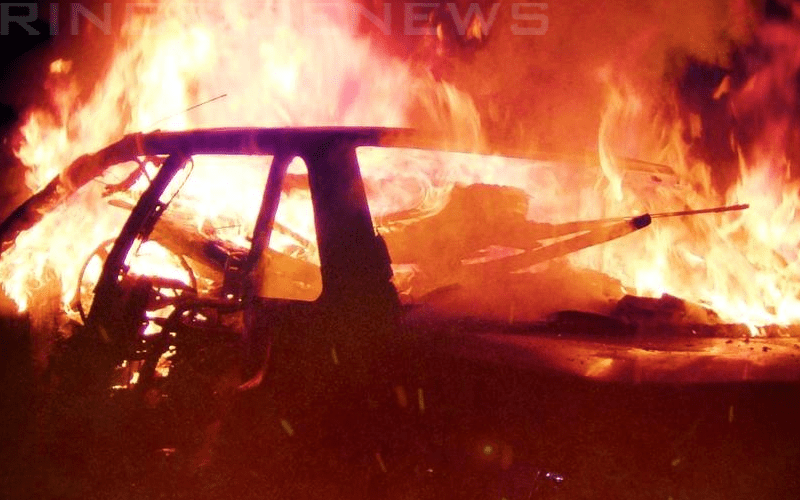 Pro wrestling is full of performers. It turns out that one indie wrestler is now a certified life-saver.

Iowa-based indie wrestler Moondog Bernard has been in the business for seven years making towns when he gets booked. He has seen some battles during his time in the ring, but nothing compared to a recent event when he took some courageous action — because he saved two people from a car wreck.

Bodyslam.net reached out to Moondog Bernard and received a detailed account of what happened. Moondog did come across a car accident as it occurred and deer were to blame. Upon arriving on the scene, he took action as a true hero would.

I recently came home from this show

When came home it was crazy foggy

I live in Davenport so took highway 61

I pulled over and saw smoke, I grabbed a water bottle and ran over to the site

When there the drivers were dazed and deployed, doused their engine with the water had brought

Once the fire department came told the story of what happened

I left after an ambulance came, then went home – Moondog Bernard

This was a pretty scary event that nobody wants to encounter. Moondog Bernard acted calmly and in the way he should. After it was all said and done, he just went home without any commendation like a hero. Well, that is changing because we have nothing but respect for the man here at Ringside News.