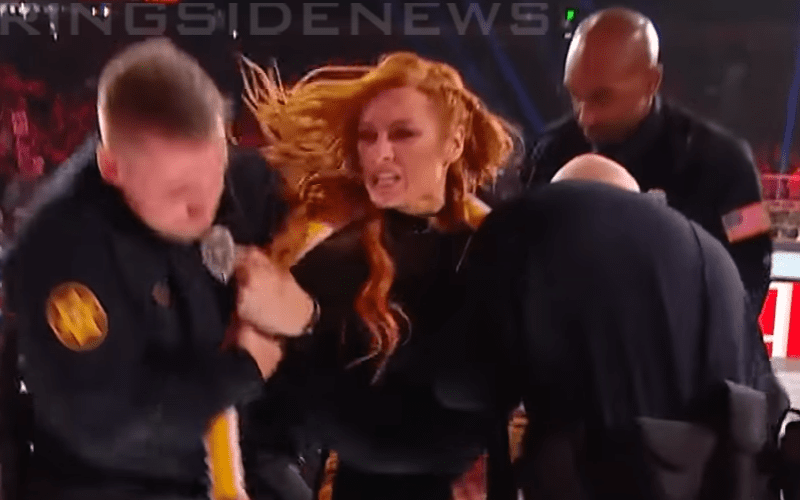 WWE RAW included several notable segments. We didn’t end up getting the Ric Flair birthday celebration we were promised, but at least we got a Batista return. Ric Flair wasn’t happy about that at all and promptly issued a warning the next morning to give more realism to the angle like a true professional.

Becky Lynch was also arrested after she invaded RAW during her suspension. Ronda Rousey pleaded with Stephanie McMahon to put Lynch in the WrestleMania match and when she refused, The Baddest Woman On The Planet put down her title and walked away.

Steph was using the fact that Becky Lynch was just arrested as her reason for denying Ronda Rousey’s request. Michael Cole said they were real Atlanta police officers, but you know that isn’t the case.

Bodyslam.net has revealed the identities of those police officers and security guards who did haul Becky Lynch off, and surprise, they’re all indie wrestlers.

Josh Wolverton was the first security guard trying to stop Becky Lynch, but he was not successful. Two of the police officers who escorted Lynch out of the arena were Elijah Evans and Cody Vance. Evans has appeared in NXT as an enhancement talent in the past.

This just goes to show that if you are an indie wrestler invited to a WWE television taping for extra work that you never know what kind of role you will be playing.