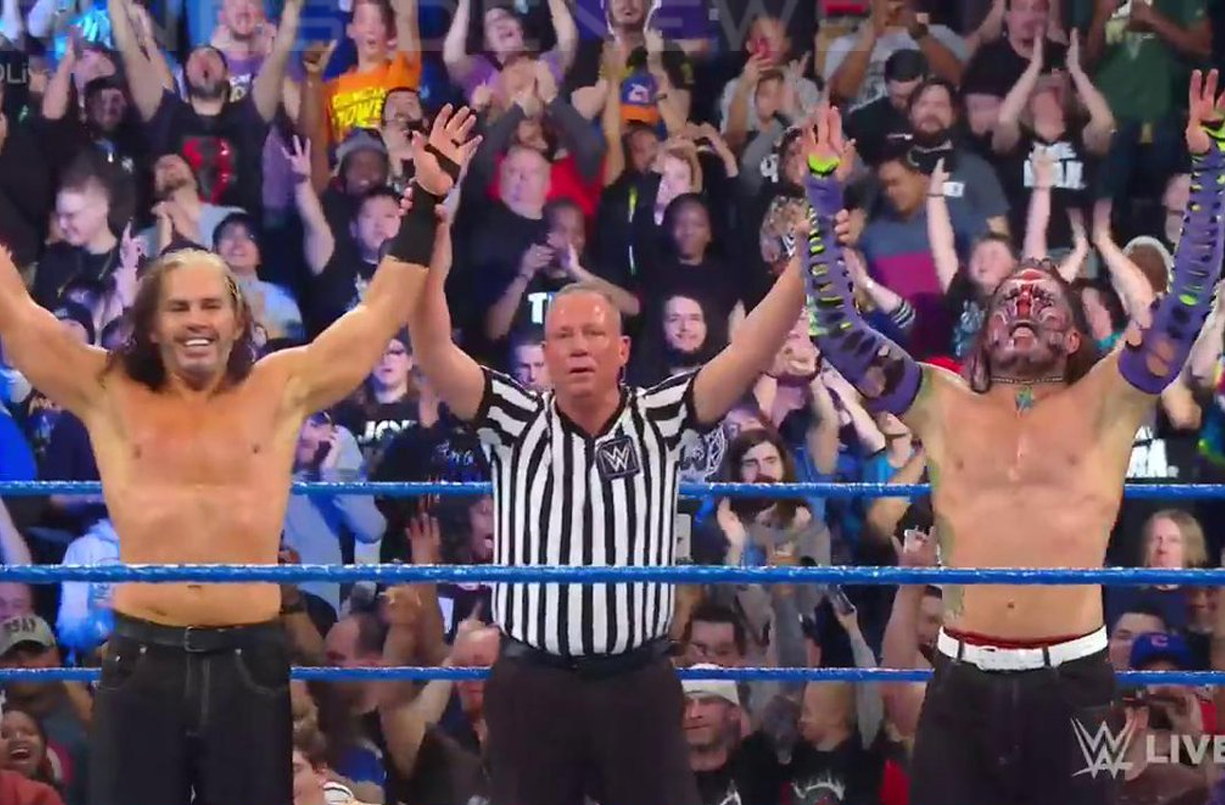 It was said that Matt Hardy’s WWE contract was running up. He publicly said that he only had 11 days left on his contract about a week ago, but that apparently isn’t the case.

Cesaro was promoted to face off against Johnny Gargano on SmackDown Live tonight, but they apparently scrapped that match. Because The Bar stood in the ring and waited on their opponents who were a big surprise.

The Hardy Boyz music broke out and they made their triumphant return. Matt Hardy has been out of action dealing with some health issues, but he was obviously doing fine. He has gotten in great shape as well.

They came out and performed an absolute clinic on The Bar and the Charlotte crowd was elated to see their return.